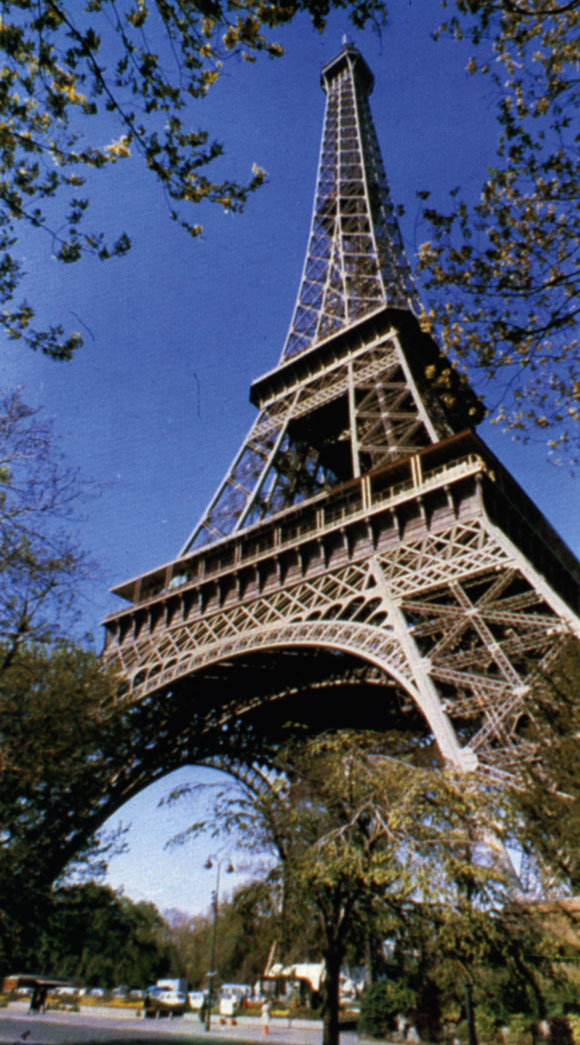 The ECCS has proclaimed 1989 as the “European Year of Steel Construction”. This year has been chosen to celebrate the centennial of the construction of the Eiffel Tower and, moreover, to celebrate the resurrection of steel construction for buildings in Great Britain, for bridges in France and for the industry in the whole of Europe.

The Eiffel Tower was the result of a huge challenge, between both sides of the Atlantic, to erect a tower 1,000 feet tall. Several projects were proposed such as a factory chimney, in bricks, in guyed plate sheet, in timber. The project of Mr Koelin, Chief of the research department of Mr Gustave Eiffel, was chosen to become the tallest building of the Universal Exhibition of Paris in 1889.

The City of Paris gave a 10 years concession to Gustave Eiffel, which was only once renewed. This means that by 1909 the steel tower should have been dismantled and that the site should have become again as it was before.

The whole of Paris, i.e. intellectuals, painters, sculptors and especially writers were against this “hideous and useless” monument. Guy de Maupassant wrote that the best location in Paris was the last floor of the Eiffel Tower, because from this spot only it could not be seen any more!

In 1909, a Communications Officer, Captain Ferie, settled on the 3rd Floor to install a radio transmitter-receiver. Due to this, the date of dismantling was postponed. It is said that this radio station accounted for the first victory of the Marne, for in 1914, all the German Invasion Army’s broadcastings were received. And, when victory came in 1918, everybody forgot the 1887 protocol.

Now, a century later, the tower made of iron is still there. This proves that steel construction can be guaranteed for a century given the necessary maintenance for which a precise estimation of cost can be calculated. Of course, the tower was strengthened in 1902 and audited and restored in 1968.

What other material, except perhaps granite, could last as long?