The right information at the right time 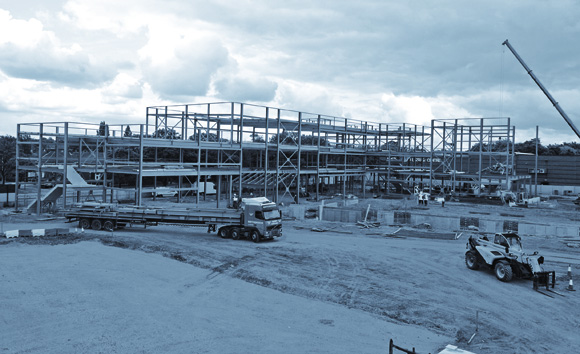 The BCSA’s Pete Walker explains what the revision to the CDM means to the steel construction industry and how in particular the flow of vital information will be aided.

One of the strongest messages the Health and Safety Executive (HSE) wanted the construction industry to take from the revision of the Construction (Design and Management) Regulations 2007 (CDM) and particularly the Approved Code of Practice CDM L114 (ACoP) is that the communication of information is critical to whether a project is successful or not.

The obvious role that was not working in the original CDM was that of the planning supervisor, so the HSE created the role of the CDM Co-ordinator to strengthen the flow of communication between what the client wants and what can be constructed.

The key role of the CDM Co-ordinator is to ensure that those involved in the design work (before and during construction) have the information they need to make the decisions necessary in the design process.

So where does this leave the sub contractor that was appointed by the principal contractor to fabricate and erect the steelwork but cannot get the design philosophy needed to erect the structure safely, and the consulting engineers that always state that the temporary stability of the structure has absolutely nothing to do with them?

The BCSA communicated with the HSE the concerns raised by the members on the difficulties in getting information relevant to design and construction from the Principal Contractors.

The HSE said “if sub contractors are not receiving the information which they need in order to plan and complete their work safely on site then there is a lack of compliance with the Regulations on the part of those who are failing to supply the information”. The two duty holders that could be found to be failing in their compliance with the Regulations are the Client and the CDM Co-ordinator. The HSE also stated “Ultimately if the CDM Co-ordinator does not fulfil his responsibilities, there is a legal route back to the client who is responsible for his appointment and competence”.

The ACoP states that the client has one of the biggest influences over the way a project is run. They have substantial influence and contractual control and their decisions and approach

determine: Whether the team has the information that it needs about the site and any existing structures. Clients must make sure that the relevant information likely to be needed by designers, contractors or others to plan and manage their work is passed to them in order to comply with regulation 10 which says: Where design work continues during the construction phase, the pre-construction information will need to be provided to designers before work starts on each new element of the design. Similarly, where contractors are appointed during the construction phase, each contractor (or those who are bidding for the work) must be provided with the pre-construction information in time for them to take this into account when preparing their bid, or preparing for work on the site.

CDM co-ordinators must co-ordinate design work, planning and other preparation for construction where relevant to health and safety and promptly provide it in a convenient form to those involved with the design of the structure; and to every contractor (including the principal contractor) who may be or has been appointed by the client, such parts of the pre-construction information which are relevant to each.

In the communications with the HSE the BCSA quoted the withdrawn guidance GS28 Part 1 Safe Erection of Structures – Initial Planning and Design as a valuable guidance for those involved in steel erection. The HSE stated “GS 28 is out of date and revision of the guidance is not a priority for HSE, nor is it likely to become one in the near future, although GS28 series has been withdrawn, most of the practical advice in GS28/1 remains sound and provides a basis for compliance by all parties with CDM”.

The BCSA is considering a review of the guidance note on the Safer Erection of Steelwork draft that was developed in 1999 and is based on the GS28 series. A number of publications are already available on the BCSA web site www.steelconstruction.org that reflects some aspects of the GS28 series.

Also available free from the BCSA is a copy of ‘Allocation of Design Responsibilities in Constructional Steelwork’ a publication addressing the responsibilities for identification and sharing of design information in a timely manner.