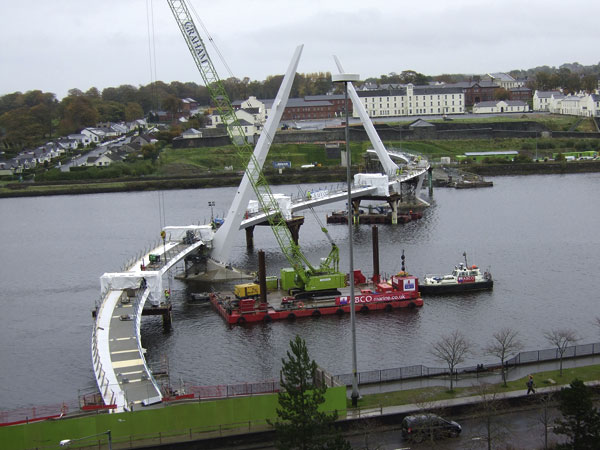 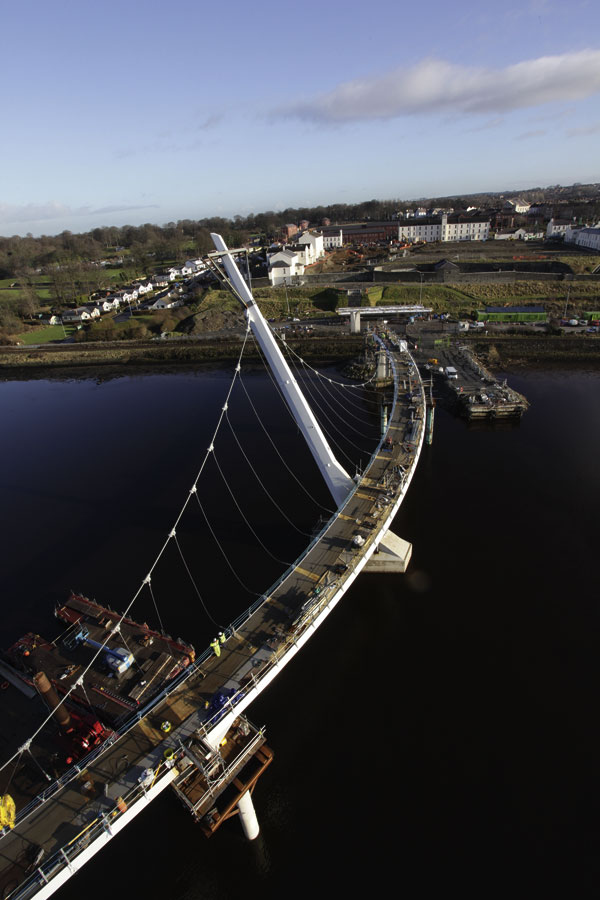 The Peace Bridge, a self-anchored suspension bridge, spanning the River Foyle and uniting historically separate communities in the city of Derry/Londonderry, is nearing completion.

The S-shaped pedestrian and cycle bridge is 312m long and as well as spanning the river it also crosses a railway before linking up to an elevated abutment at the east bank.

A total of 1,000t of structural steelwork was required for the construction of the bridge. Steelwork contractor Rowecord Engineering, working on behalf of main contractor Graham Construction, split the bridge into twelve sections along its length for ease of fabrication.

The bridge decks, which vary in width, were partially assembled at the Port of Londonderry before being delivered to site. Because of its length, most of the steelwork was erected by a floating crane with steelwork delivered to the project by barge.

The client for the project is Ilex Urban Regeneration Company with EU Peace III funding provided under the Shared Space programme.