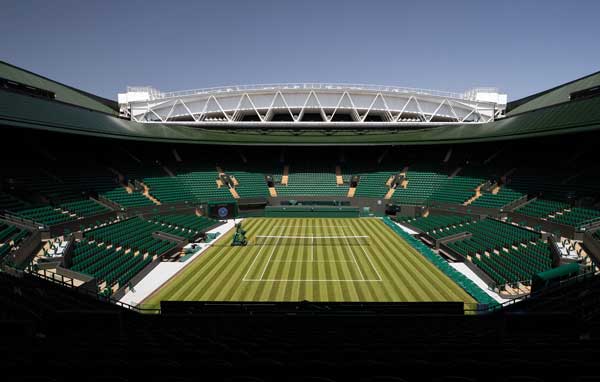 This year the home of lawn tennis unveiled a new retractable roof, allowing uninterrupted play, irrespective of the weather, on its second most-important court.

The centrepiece of the Wimbledon No.1 Court redevelopment, which has increased the capacity of the arena with two additional tiers with 900 seats, added hospitality facilities and improved public catering areas, is a new retractable roof similar in design to the one spanning Centre Court (an SSDA winner in 2009).

The project is said to have thrown up some unique logistical challenges due to the fact that nothing could get in the way of the all-important tennis taking place during its annual allotted two-week period.

Consequently, the project was completed over three phases, with two breaks in the schedule to allow The Championships in 2017 and 2018 to take place. The final steel roof elements were installed this Spring, allowing the construction programme to be completed a month before the 2019 Championship began. 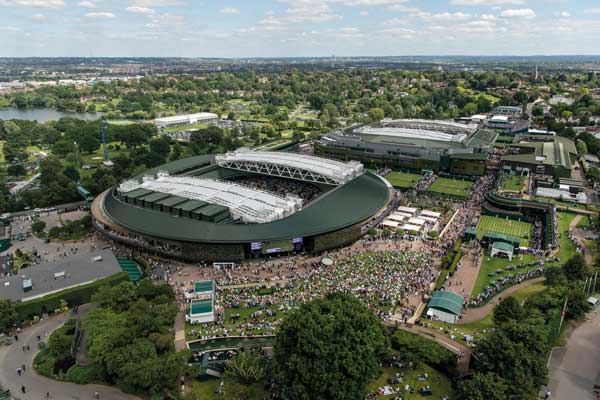 The sequencing involved a large logistical exercise, whereby all construction equipment and materials were decamped for the duration and then brought back a fortnight later. All areas where construction work had taken place had to be made safe, to allow spectators full use of the prestigious tennis venue.

The new roof is based on a concertina design with two main sections that meet in the middle. The structure covers an area of about 5,500m² and can be deployed or retracted in around eight minutes. It consists of 11 steel trusses, each spanning 75m across the top of the court, and each having an overall height of 6.5m.

“Having no fixed restraining arms attached to the surrounding fixed roof, this truss needed to be a different shape.”
Allowing the roof to move, the ends of each truss are supported on a wheeled bogie that moves along rails that are fixed to the new superstructure of No.1 Court. This superstructure includes five more trusses that surround the arena, with two of them, east and west, primarily supporting the retractable roof.

These trusses were constructed on temporary works and the booms were incrementally welded together to form the full truss and then laced together via a bracing structure.

Truss boom sections vary in size, from 8t up to 22t and consisted of CHS sections ranging in length from 8m to 15m. Stability and support for the trusses is provided by eight existing concrete cores and three jumbo 1,083mm-diameter CHS columns, that were threaded through the stands and founded on the concrete sub-structure.

Two of these large columns are positioned either end of the east truss, with the third supporting one end of the west truss. A fourth jumbo column could not be installed as there are ground level water tanks in the area where this section would have been founded. Instead a 40m-long × 11.5m-deep north-west truss had to be installed, acting as a bridge over the obstructions and helping to support the other end of the west truss.

The steel package also included the installation of some cantilevering steelwork that will form new hospitality and access walkways around the upper external levels.

“The tension ring installation required a combination of pre-welded assembly units and site welding to complete the ring. This inner roof structure is then braced using a mixture of tubular and I-sections,” says Severfield Project Manager John Calland.

The inner roof serves a number of functions essential for the implementation of the No. 1 Court redevelopment. On the east and west sides, the inner roof contains the ‘grass nozzles’ which are required to condition the atmosphere around the playing surface. They have to be a certain distance away from the court surface, and this dictates the extent of the roof in these areas.

Around the rest of the roof, the inner structure provides locations for gutters to help drain the roof, a surface for lighting and air conditioning, as well as helping provide a weather tight seal against the moving roof.

Summing up, the judges say installing a moving roof over No.1 Court involved the adaption of the 1997 building without interrupting the annual tennis Championships.

This extraordinarily complex work was carried out over three seasons with minimum public awareness. Large movable steel trusses installed to very exacting tolerances over the existing building provide a roof that can shelter a match from rain within minutes.