Warm Wellcome for a quality building 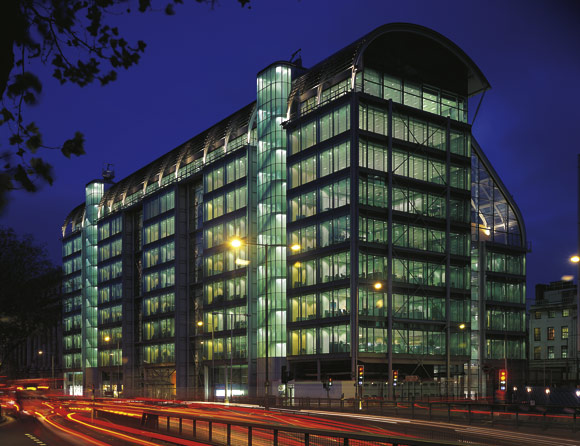 The building is arranged as two blocks, one 10-storey, and one five

Wellcome Trust’s brief for its new headquarters in central London called for a building that was prestigious without being ostentatious. The medical charity, which provides £400M annually to medical and scientific research, also wanted a flexible working space for the 500 staff to be based there.

Hopkins Architects’ design, of what is called the Gibbs building achieves those aims in typical style,  making effective use of of steel, with the structure expressed internally and externally.

On a prime site with a 100m frontage along the Euston Road, the 22,000m³ building has its offices arranged in two longitudinal blocks. The front or north has 10 storeys and the south five; a glazed canopy swooping over the whole structure, and a central atrium running the length of the building between the two blocks, combine to produce the effect of a street bathed in natural light. 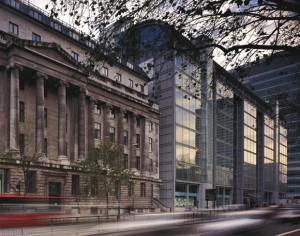 The old Wellcome HQ will be integrated with the new 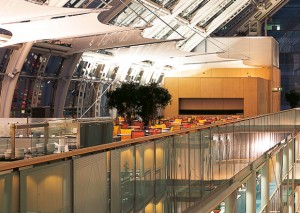 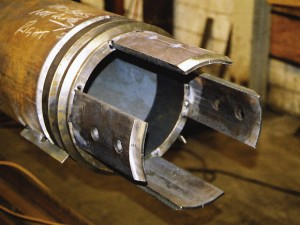 In the north block, the office space is divided into five column-free bays of 12m x 18m. They are separated by the stair and lift cores, and two-storey-high mini-atria designed to encourage interaction between teams on adjacent floors. Link bridges span across the main atrium to connect to stairs and lifts. Formal and informal meeting areas are provided throughout, including a ground floor cafe. The staff canteen sited on the fifth floor boasts impressive views looking south toward the City.

A total of 2100 tonnes of steelwork was used in the main structure (excluding the main atrium steel which was supplied under a separate contract). Hollow sections are used for key components including the main columns, for reasons of aesthetics as well as structural efficiency.

Leaving the steel exposed meant that a lot of attention to detail was required in designing the structure, says  Andrew Woodward, Technical Director of structural engineer WSP Cantor Seinuk. “We went into a lot more detail at tender stage about such things as connections, details that would normally be developed after appointing the steelwork contractor, to demonstrate the level of quality we were looking for. We spoke to steelwork contractors while working on this to get advice and to make sure they were practical.”

One of the contractors involved in this process was William Hare Ltd, which eventually won the steelwork contract. Project manager Dave Moylan says: “That approach paid dividends in time saved later in the process.”

Improvements were still possible later, however, an example being the column splices. The hot finished S355J2H grade circular hollow sections are filled with concrete and act compositely, which was an efficient solution both structurally and from the point of view of fire. Hopkins and WSP wanted a clean, unfussy connection at the column splices and had designed a straight welded boss. A temporary bolted cleat was  specified for initial erection of the frame, with the permanent welded connection to be added in a separate operation later.

William Hare Ltd proposed an alternative which required less making good. The welded boss was changed to a machined collar welded to the top of the lower column section, with elongated ‘spears’ to acting as guides for the upper section. Through bolts were then used as temporary fixings.

Mr Moylan says: “The upper column just slid over the collar and was already weld-prepped. We think it was a clearer and cleaner detail.”

The columns were supplied to site pre-filled with concrete except around the splice and pre-coated with intumescent paint. The area immediately around the splice was grouted afterwards, to avoid the possible risk of steam being generated from concrete during welding.

The floors of the north block are of composite construction with lightweight concrete floor slabs. The mini-atria are created by leaving out a section of floor on alternate storeys to create a double storey height space,  but they are framed with a standard beam arrangement so that the voids can be filled in, or others added, in the future.

Steel link bridges connect the north and south blocks at first to fifth floor levels and provide the landings for the lifts. The bridges are formed from stiffened steel plates, acting as permanent formwork for reinforced concrete slabs. These are supported on fabricated T-section secondary beams cantilevering from twin primary beams, which themselves consist of a fabricated T-section welded to a circular hollow section. The whole structure is suspended using Macalloy tie rods.

The main structural cross-bracing is left exposed in the east-west direction and uses high strength tie rods between independent columns. In the north-south direction bracing consists of vertical panels formed from steel plate running between four pairs of columns. Together the columns and steel plates act as a large vertical beam. This is another typical Hopkins detail.

Tolerances were tight and, after fabrication, William Hare match-drilled the plates in its workshop to ensure a perfect fit on site.

The building would normally be expected to have a two-hour fire rating but following a fire engineering study by Arup Fire, the rating of the key structural members was reduced to 60 minutes on the basis that there was little combustible material present. Floor edge beams had their rating reduced to 30 minutes on the evidence of fire tests at Cardington which showed they would not get as hot in a real fire as previous theories had predicted.

The existing Wellcome building, which is adjacent and dates from the 1930s, is undergoing refurbishment and will be opened to the public in 2006, with spaces for exhibitions and conferences and the Wellcome Library. At the same time Euston Square underground station, located in the north-west corner of the site, is being refurbished and extended.