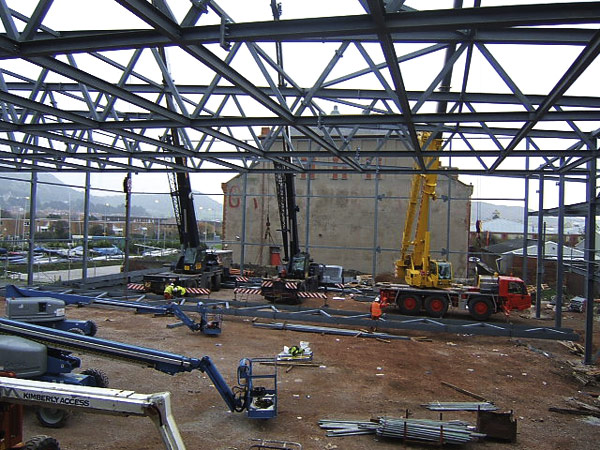 Erection of 356t of steelwork and an additional 49t of trusses forming part of a large extension and refurbishment of the North Wales Conference Centre & Theatre in Llandudno, has been completed by The A A Group.

Construction on phases one and two of the project began in October 2005 and involved extensions on the east and west sides of the existing building. The third phase of works will be to refurbish the original conference and theatre facility.

The east side will become a large arena constructed with 36m span steel trusses. The west side will house the building’s amenities including cafeteria and new main entrance.

The A A Group will return to the project in May 2006 to install the interfaces between the new steelwork and the existing building which will involve erection of a further 8t of steel.