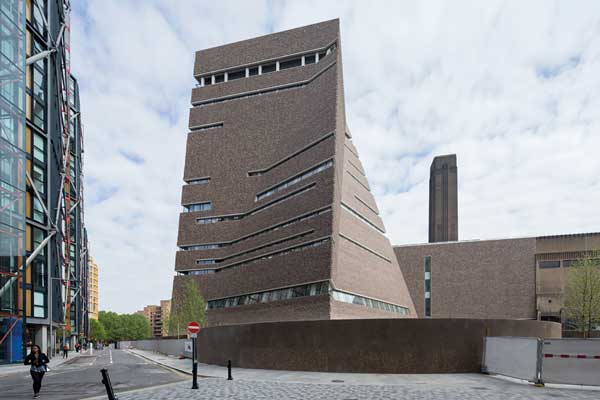 Known as the Switch House, the new Tate Modern extension, which increases the museum’s size by 60%, has opened to the public.

The pyramid-shaped 10-storey structure accommodates a host of new galleries and exhibition space as well as incorporating a panoramic public viewing terrace on its uppermost level.

The structure consists of concrete and steel-framed elements with approximately 1,000t of structural steelwork erected for the project by Severfield.

Beginning at ground floor level, Severfield’s steelwork partially fills the project’s footprint as it extends upwards to the fifth floor level where it is overlapped and supports the upper parts of the concrete frame.

A jacking system was connected to the steelwork during much of the construction programme to help redistribute the loads from the upper levels of the structure.

The extension is linked to the existing Tate Modern building via two footbridges and an underground route. Clad with distinctive brickwork, the new building fits seamlessly into its surroundings.

Jacques Herzog of project architect Herzog & de Meuron, who also worked on the original conversion of Bankside power station into the Tate Modern museum in 2000, said: “Our aim was to create a building conglomerate which appears as one thing, not as a phase one and a phase two.”