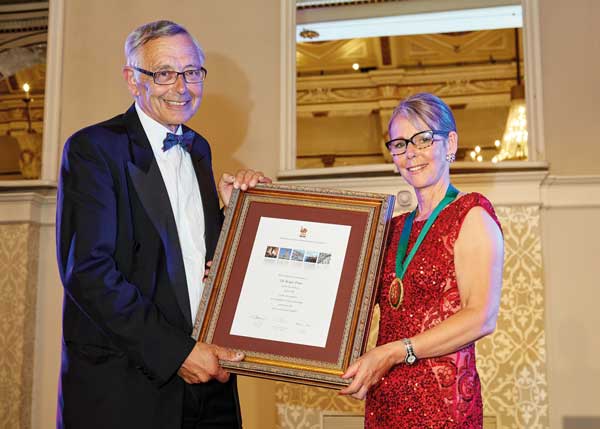 The well-known and highly regarded structural engineer Roger Pope, who has been a specialist technical consultant to the BCSA and Tata Steel for many years, was made a Fellow of the BCSA at the National Dinner.

Dr Pope started his career in 1964 with an industrial scholarship to attend Oxford University from the Steel Company of Wales, later part of British Steel Corporation.

He worked for Redpath Dorman Long and later became managing director of a structural steelwork company before becoming an independent consulting engineer.

He has chaired a number of UK and European standards committees and still convenes the European committee responsible for the “Execution of Steel Structures’. He was instrumental in developing the National Structural Steelwork Specification and the Register of Qualified Steelwork Contractors Scheme for Bridgeworks, and is still active as a bridges assessor for the BCSA.

BCSA President Wendy Coney said: “I think we would all agree that Roger’s contribution to the constructional steelwork industry has been significant in moving both the codes and standards and the way the industry works forward. This is why I’m delighted to make Roger a Fellow of BCSA.”