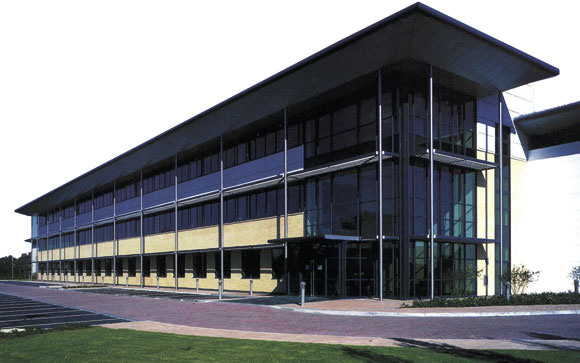 Steel’s almost unique ability among construction materials to be reused or recycled is its most obvious sustainability strength. In the second article in our series on sustainability, Nick Barrett describes these key features of steel that are becoming vital to the world’s climate change strategy.

Steel is the most recycled material in the world and can be recycled again and again without any loss of properties. Many steel products like structural sections can easily be reused in the construction industry, which means that steel has a value at the end of a building’s life, rather than being the cause of a demolition cost. Recycled steel is critical to the manufacture of new steel and globally over 40% of all steel is made directly from recycled material. All steel products in fact contain some recycled content. The value of used steel is such that most of the world’s steel is kept in continuous productive use.

The recyclability benefits of steel mean that specifiers are already making a substantial contribution towards sustainability simply by selecting steel as a framing material and for other construction uses.

Steel’s recyclability enhances the drive towards more prudent use of the world’s resources. Using steel will often make the difference between achieving other social objectives like achieving stable levels of economic growth and allowing social progress to be made.

In the UK some 94% of steel from deconstructed buildings is either reused or recycled.

Steel frames are basically made up from components, manufactured offsite in controlled factory conditions and brought to site only when needed and finally assembled. This component nature of steel frames means that their reuse can be simply achieved.

Steel frames can be easily dismantled at the end of their working life for a particular use at the original location, which reduces the end of life impact associated with demolition of other types of buildings on local communities. Far less waste has to be carted off site and sent to landfill. As steel buildings are lighter than concrete equivalent frames they need lighter foundations, which also means less material has to be extracted from the ground when buildings are demolished – and steel piled foundations can be simply extracted and reused or recycled rather than leaving an expensive legacy problem in the ground as is the case with reinforced concrete foundations.

Steel frames provide buildings that are flexible in use and easily adaptable for changing uses or changing requirements of the building users, so can have longer lives than buildings built with other framing materials – longer life means less need to demolish and hence recycling and re-use. They can also be easily upgraded to meet new environmental standards that society wishes to achieve during their working lives.

Waste created during the manufacture of steel components is less than 3%, and all of this is recycled. On construction sites, where waste has been highlighted as a significant problem, there is virtually no steel waste . In steelwork contractors’ fabrication facilities all scrap steel is sent for recycling and even the amount of scrap created this way has been reducing substantially in recent years thanks to staff training and new procedures being adopted. Waste related KPI’s are adopted and monitored by steelwork contractors on site.

Constructional steelwork designers are responding to society’s desire for sustainability by producing more structurally efficient, economical designs that allow steel use to be minimised and allow for the end of life reuse or recycling. Recycling is being built into steel buildings and other structures.

A good example of this was when steelwork contractor Barrett Steel Buildings worked together with its client major property developer ProLogis Developments to design a building that could be easily disassembled at the end of its working life, maximising the potential for reuse of steel for no additional cost. The building selected was a 50,000 sq ft warehouse at ProLogis Park, Heathrow, that also included a 5,000 sq ft office, and goods and entrance canopies. The warehouse is 99m long, built in mostly eight metre bays, with twin 23.6m spans. It is 10m high to the underside of the haunch,

All of the steel sections used were stamped with the section size and steel grade to allow for easy identification when the building is eventually deconstructed. Barrett Steel Buildings value engineered all the sections during the design stage to ensure that the reuse potential was maximised. In practice this meant that the design minimised welding and notching, and maximised bolting which would allow for fittings to be easily removed.

This highly sustainable building is now let to airport operator BAA Plc after being assembled on time and to budget and the approach is being further developed with ProLogis, as well as being offered to other clients who are looking for more sustainable and demountable buildings.

The 2012 Olympic Games in London are expected to heighten the focus on the demountability and other reuse characteristics of steel. London’s winning Olympic Games bid contained promises regarding legacy uses of stadiums and other structures which can only be met thanks to the ability of constructional steelwork to be sustainably demounted and reassembled elsewhere, perhaps in other parts of the country, once the Games are over.

Where does recycled steel go to? Corus were curious to know the answer to this question and saw an opportunity to increase knowledge in this area when its Lackenby open hearth steel plant was demolished. There was 20,000t of structural steel in this gigantic building that was 330m long, 39m high and 70m wide. The 1956 built structure dominated the site at Corus’ Teesside steelworks. After 20 years use the plant was converted to a materials storage facility but by 2004 the nature of the steelmaking operation at Teesside meant that its useful working life had ended and it was to be demolished. 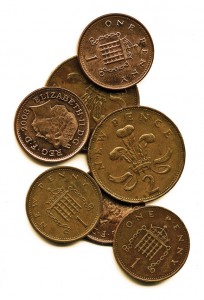 Dismantling and reuse was considered but several factors militated against this: there was an issue with safe access to the building for contractors, it was constructed using welded and riveted joints rather than the bolted connections that are used in today’s structures, and the building, because of its unique industrial role, had been designed using non standard section sizes.

Demolition was achieved easily and the steel was sent for recycling into the furnaces operating at the Teesside steelworks over a six month period. New steel using this material was supplied to hundreds of customers who used it for a wide variety of purposes.

Corus tracked where the steel went to and what it was used for. The new steel was manufactured as sections, plates and strip steel before being supplied to external customers. A substantial amount was used for the manufacture of structural steel sections, supplied to steelwork contractors who used it on Heathrow’s new Terminal 5. Other sections found their way into the new stand at London’s Oval cricket ground.

It was used in the manufacture of steel plate that was used for construction of buildings over Paddington Railway station in London. Other plate was fabricated into large girders used on the construction of the A249 bridge to the Isle of Sheppey in Kent.

Recycling this steel saved enough energy to supply 3,700 households with all of their energy requirements for a year.