Steel use on the rise for world’s tallest buildings 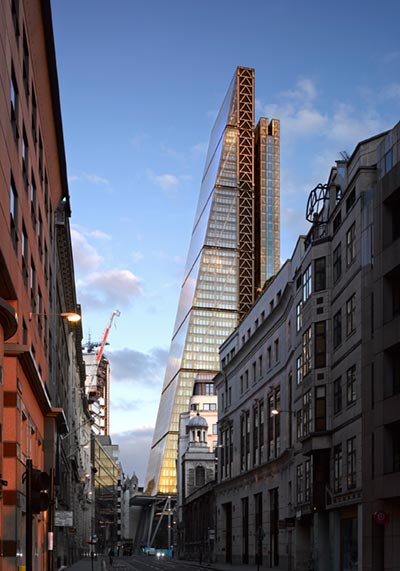 The majority of the world’s tallest buildings completed in 2014 used composite construction – a steel frame with concrete/metal decking floors – as the primary structural system.

According to a report by the US-based Council on Tall Buildings and Urban Habitat (CTBUH) 52 out of 97 (54%) worldwide structures over 200m tall were built using composite construction, up from 34% in 2013.

Europe’s tallest building to complete last year was the 224m tall Leadenhall Building in London, nicknamed ‘The Cheesegrater’ (pictured), an example of composite construction and the UK steel industry’s dominance in the high rise commercial sector.

Worldwide, the number of 200m-plus buildings hit a new record in 2014, with 60% of them constructed in China. A total of 97 new 200m-plus skyscrapers were completed in 2014, easily surpassing the previous record high of 81 completions in 2011.

Included in the report were 11 new “supertall buildings”, which measure at least 300m in height. The tallest of these to complete last year was the 541m One World Trade Center in New York.