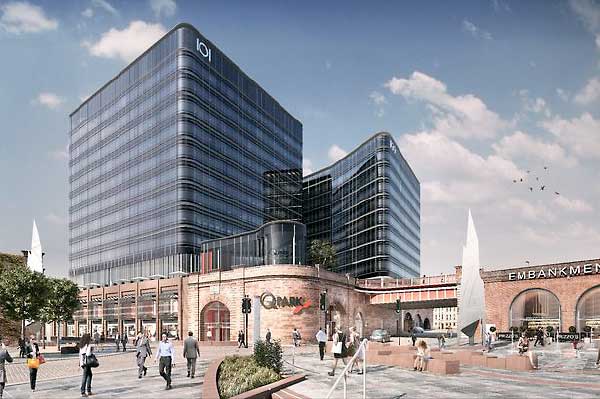 On the site of the former Manchester Exchange railway station, famous for having the world’s longest platform, a multi-million pound regeneration scheme is about to reinvigorate the boundary between the north-west’s twin cities of Manchester and Salford.

Known as Greengate Embankment, the scheme centres on the old station and Manchester Cathedral and will ultimately deliver a host of retail, commercial and residential buildings, alongside new public realms and a new footbridge spanning the River Irwell.

Steelwork erection is due to begin in April and be completed by the end of the year. Elland Steel Structures will fabricate, supply and erect approximately 3,000t of steel for the project.

Greengate Embankment is a joint development between Ask Developments and Network Rail that will regenerate a long-neglected and underused site into a vibrant new residential, retail and business destination right in the centre of two cities.