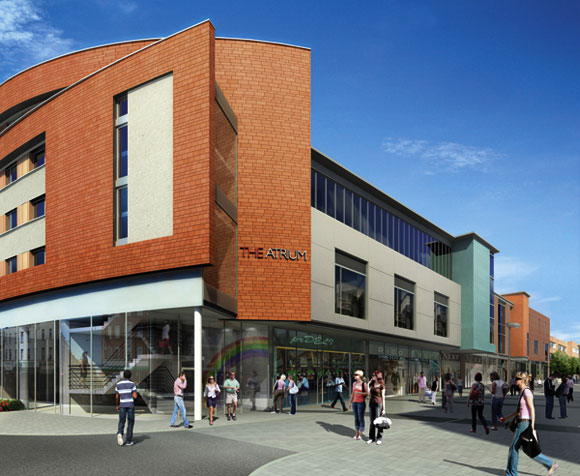 The number of high profile town centre shopping complex and regeneration projects is set to increase over the next twelve months.

Major on going projects already include the Grand Arcade in Wigan, the Westfield shopping centres in Derby and White City, London, and the Atrium in Camberley, Surrey.

Meanwhile, other schemes set to begin in the next year include, the redevelopment of Bracknell town centre, the St David’s retail project in Cardiff, Farnborough town centre and an extension to the Overgate mall in Dundee.

All of the on going jobs include a significant steel element, and initial plans indicate the forthcoming projects will use structural steel.

“Steel lends itself to off-site construction and so it’s widely used on town centre developments,” said Scott Crawford, Structural Engineer for MPN. “On Westfield, Derby we chose to use steel instead of concrete during the planning stage, as it would not only provide us with the desired open plan areas, but it also meant less disruption to the surrounding area.”

The Atrium project in Camberley is being developed by a joint venture between Crest Nicholson Regeneration and Surrey Heath Borough Council. Bruce McArthur, Project Executive for Crest Nicholson Regeneration said: “The Atrium will be an important part of the town and we required flexibility and longevity, as well as speed of construction. Steel met all of these requirements.”