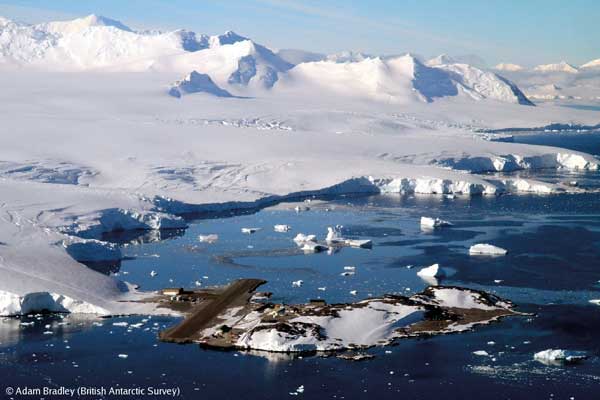 Construction company BAM has been chosen to partner with British Antarctic Survey (BAS) to modernise UK Antarctic and other research facilities, enabling British scientists to continue delivering world-class research into some of the most important issues facing our planet.

Commissioned by the Natural Environment Research Council (NERC), this long-term UK partnership will last between 7-10 years and is worth an estimated £100M.

The modernisation programme will enable a world-leading capability to ensure that Britain remains at the forefront of climate, biodiversity and ocean research in the Polar regions.

One of the first projects to be undertaken is the redevelopment of the wharf at the BAS Rothera Research Station (pictured) on the Antarctic Peninsula. This is part of the enhancement of polar facilities to accommodate the new state-of-the-art polar research vessel, the RRS Sir David Attenborough, which is currently being built.

In addition to building a new wharf and steel-framed storage and living quarters at Rothera Research Station, other Antarctic development projects that will be undertaken include modernising buildings and facilities at BAS stations in Signy (South Orkney Islands), Bird Island (South Georgia) and King Edward Point (South Georgia).

The Antarctic construction projects will present unique challenges given the continent is the highest, driest, coldest and windiest on Earth, and most construction work will need to be completed during the four-month window of the Antarctic summer. Construction workers will live and work alongside science teams in harsh and remote environments, sometimes in sub-zero temperatures.

Universities and Science Minister Jo Johnson said: “Key to the long-term success of science and innovation in the UK is ensuring our world-class research sector has the tools it needs to thrive on a global stage.

“The government’s £200M investment on specialist research ships, including RRS Sir David Attenborough, underlines our commitment to this burgeoning sector and our upcoming industrial strategy will go even further, placing science and innovation at its absolute core.”

Captain Tim Stockings, Director of Operations at BAS, said: “This is an exciting moment for polar science. We are about to embark on a partnership to deliver a modernised Antarctic capability, which will involve changes to all five of our Antarctic research stations.

“This crucial work will enable our scientists to continue addressing issues of global importance.  This investment means also that we can continue to improve our operational capability in the polar regions and in the UK.”