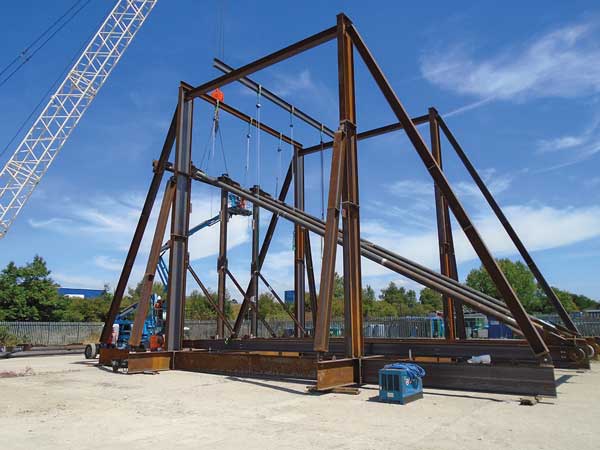 Steelwork is currently being fabricated for a new wharf and docking facility for the polar research ship, the RRS Sir David Attenborough, which is scheduled to come into operation in 2019.

In order for the 129m-long, 10,000t ship to dock at the British Antarctic Survey’s Rothera base, the existing wharf needs to be rebuilt.

Hampshire-based Four-Tees Engineers has been enlisted by main contractor BAM Nuttall to fabricate and help erect the steelwork for the 60m-long × 24m-wide wharf. 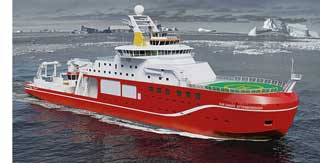 “The steelwork is being fabricated in single elements for ease of transportation,” explains Four-Tees Director Steve Stacey. “The longest member is 19m-long and the heaviest 3t.”

The steel wharf will be made up from a series of frames, 10 at the front and a further 10 at the rear. Each frame consists of three vertical tubular piles with beams tying them together at the top level and diagonal braces below. All of the frames will be secured to the pile wall with waling beams.

A team of expert construction workers will arrive in Rothera in November to begin work to remove the existing wharf. The new facility, which will be significantly bigger, will then be built in two stages.

All of the steelwork will arrive by sea at the start of this year’s Antarctic summer (October), with the rear frames being erected first. The construction team will then return the following summer (2019-20) to erect the remaining front half frames.