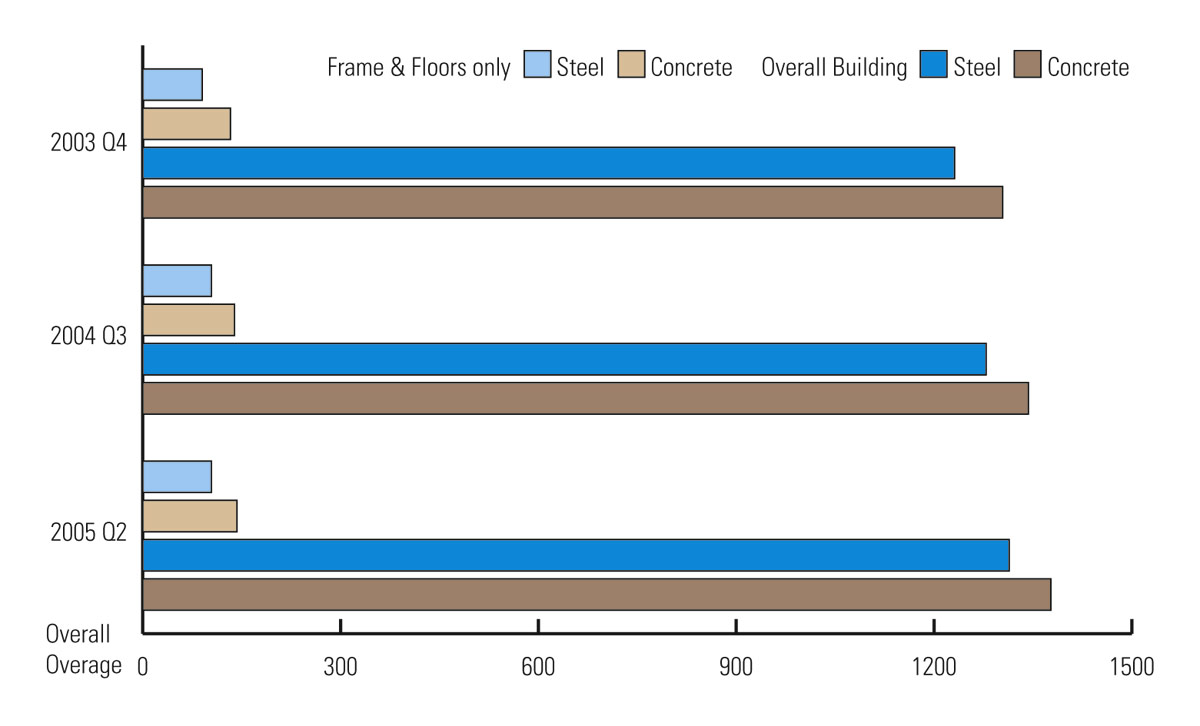 Steel frames have been re-confirmed as the fastest and most cost effective solution for both commercial and residential apartment buildings by the latest Cost Comparison Survey, reports Nick Barrett.

The survey, commissioned by Corus, has been updated regularly since first being produced in 1993, with the latest based on second quarter 2005 prices. The costs of fully-designed buildings were analysed, with Arup producing the concrete designs, the Steel Construction Institute the steel designs, Mace acting as project managers and Davis Langdon providing quantity surveyor input.

The buildings that were designed for the survey were a speculative office building in Manchester and a London head office building. The residential scheme was in outer London, a mixed-use scheme with retail on the ground floor and a basement car park.

Despite this, steel remains the speediest and lowest cost option at typically between 3% and 5% below concrete in overall building cost terms.

Corus General Manager Alan Todd said: “It is encouraging that the survey shows that steel is still ahead of the competition in terms of price alone, despite the price rises that have received so much publicity. When all the other benefits of steel are also considered, such as its  speed and predictabilty of programme, the flexibilty of long spans and sustainability, the argument for choosing steel is as compelling as ever.”

Department of Trade and Industry cost indices show steel solutions to be more competitive than 10 years ago; a steel frame and floor including fire

protection is still typically 4% cheaper in real terms in 2005 than it was in 1995. Concrete frame and floor solutions on the other hand are typically 20% more expensive in real terms today than 10 years ago.

“The performance of the whole UK constructional steelwork industry over the past 25 years has been exceptional,” says Mr Todd. “Back in 1981 the cost of a tonne of steel for a multi storey frame including fire protection was about £985, which would be £2,800 today if steel frame costs had kept pace with inflation. But the price for a tonne of fire protected structural steel in 2005 is in fact about £1,500. So in real terms structural steel costs about half what it did in 1981.”