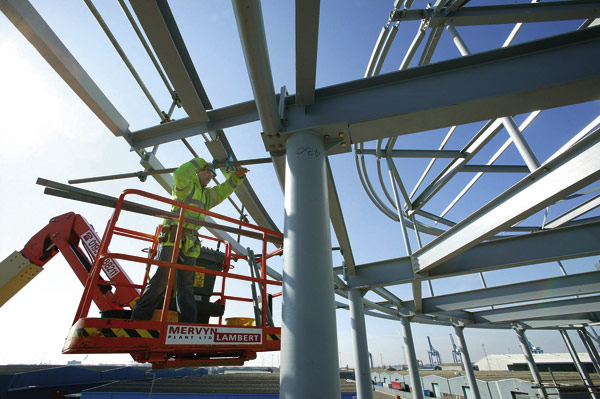 Lincolnshire based steelwork contractor DA Green is supplying 180t of hot and cold rolled steel for the construction of a new headquarters for China Shipping (UK) and Johnson Stevens Agencies in Felixstowe.

The steel-framed four-storey building was designed by Colwyn Foulkes & Partners and is being built by Jackson Construction.

Ian Burchnall, Contract Manager for DA Green said the company is supplying an array of different sized columns and beams for the project’s superstructure and roof.

The structure’s facade will feature a large area of curtain walling with distinctive timber solar shading panels and copper cladding.

As the building is located in Felixstowe port, overlooking the North Sea, the design also incorporates extensive flood defence measures.

Completion of the project is scheduled for November 2006.