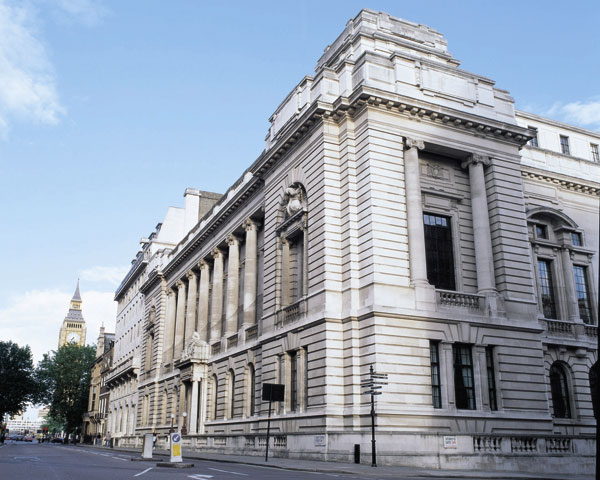 The headquarters of the Institution of Civil Engineers (ICE), One Great George Street, celebrated its centennial anniversary during October.

Designed by architect James Miller, One Great George Street was one of the first steel-framed buildings (not long after The Ritz hotel in 1905) to be built in London. The construction programme lasted from 1910 to 1913 and followed a change in building regulations in 1909, which permitted the use of steel framing for the first time without the need for use of load bearing external walls.

The general contractor for the project was Mowlem and the steelwork contractor was Dawnays of Battersea. Established in 1870, Dawnays was a leading structural engineering firm and was responsible for the design, supply and erection of numerous steel- framed structures in the UK and overseas.

Top quality materials were used in the construction of the ICE HQ including the use of Portland Stone in the entrance and on the facade, as well as the use of oak and walnut which make up the panelling in the ground floor meeting rooms.

Many significant historic events have taken place at the venue including the signing of the charter establishing UNESCO in 1945 as well as the G7 summit.

One Great George Street was recently selected by the Mayor of London as the London Media Centre for the 2012 Olympic Games.