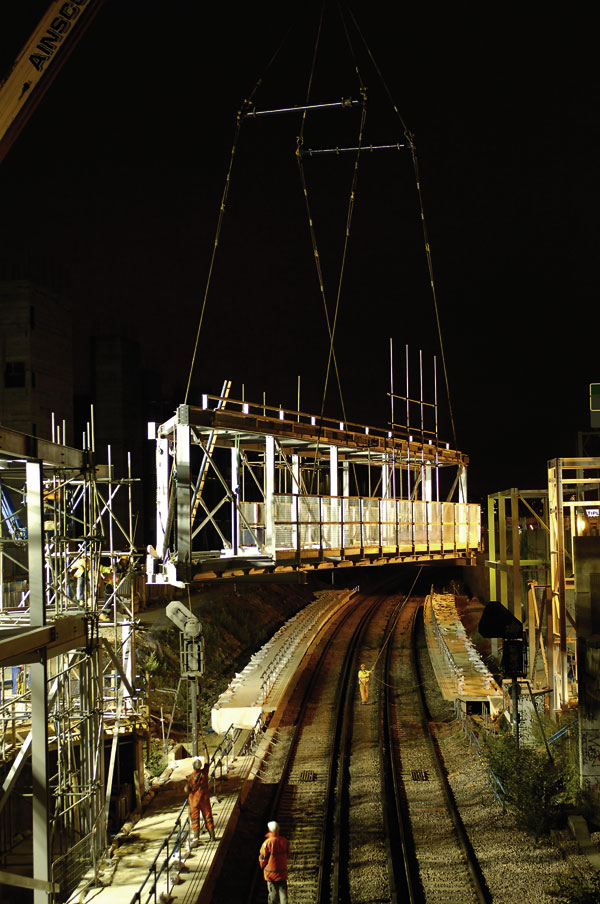 The 40m-long 45t steel structure was lifted into place by a 400t mobile crane and the whole procedure was completed in three hours.

Howard Cox, BSP Division Director said: “We had two teams working simultaneously, one constructed the supporting frame for the bridge and the other assembled the bridge on an adjacent site, all operations being close to the live railway.”

“The frame dimensions required extensive fine tolerance surveying prior to the lift as the bridge had to fit exactly,” Mr Cox added. “We only had a short possession period to install the bridge but careful planning enabled us to complete the job allowing the railway to reopen on time.”

Working on behalf of main contractor Norwest Holst, the entire contract was worth £450,000 and lasted ten weeks in total. BSP said it used approximately 110t of hot rolled steel for the job. The new Shepherds Bush railway station is on the West London Line and will provide access to the major White City retail and residential development.