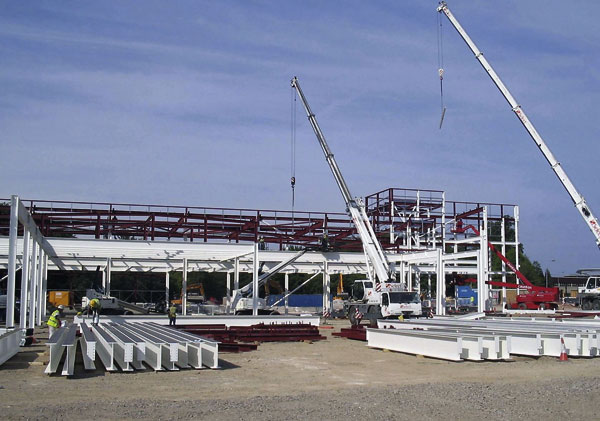 More than 1,600t of structural steelwork has been supplied and erected by Caunton Engineering for a new data centre in Basingstoke, Hampshire for leading investment bank JP Morgan.

The steel framed structure covers an area of 15,000m² and has largely been constructed with 16.8m long 686 UB beams and 254 x 254 UC columns which were all pre-coated with intumescent paint off-site.

A lightweight steel framed roof is supported over the structure covering a concrete roof, which was erected as a safeguard for water-tightness.

“Steelwork erection commenced on site eight weeks after the award of contract, within this period there was a 2-3 week period allowed for intumescent coating the steelwork off site,” Mr Hatton said.