Gateshead Millennium Bridge features on the last of the round pounds 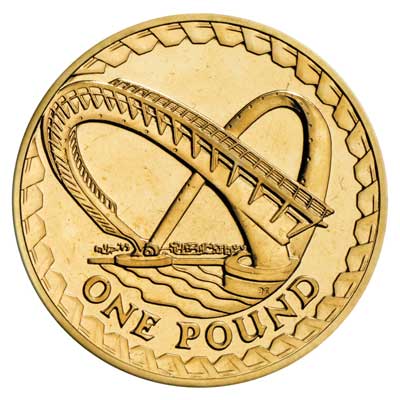 As the new 12 sided pound coin enters circulation, people in the UK will slowly see the disappearance of the round coinage over the next few years.

The change in currency is of particular note to the steel construction sector, and in particular Barnshaws Section Benders, whose work is immortalised on one of the last round pound coins as part of the ‘Bridge Series’ by artist Edwina Ellis.

The iconic steel tilting Gateshead Millennium Bridge is one of the country’s engineering landmarks, a unique structure with a distinctly modern appearance.

Barnshaws Section Benders were contracted by Severfield to undertake the curving of the bridge sections and pressed plates for the lifting mechanism.

The Royal Mint honoured the structure by its inclusion in a series of coins that has also included the Forth Railway Bridge, Menai Bridge and Egyptian Arch Railway Bridge.

The bridge series aimed to promote the engineering pedigree of each of the four constituent parts of the United Kingdom, with 26 million Gateshead Millennium Bridge coins released into circulation.

Barnshaws Commercial Director Greg North said: “It was fantastic to be recognised by the Royal Mint for our work, and it was very positive for the industry to see the Government promoting the importance of steel engineering in major structures.”