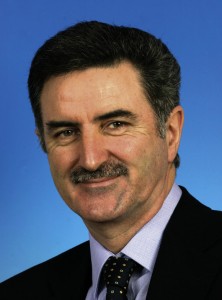 Steel companies are well placed to take advantage of opportunities in Northern Ireland, according to Dennis Rooney, chairman of the Development Fund for Ireland.

Mr Rooney, who is also chief executive of White Young Green Northern Ireland, told a recent BCSA/Corus seminar that, while prospects are mixed for the Northern Ireland economy as a whole, the prospects for the steel industry are good.

“The Northern Ireland economy has done exceptionally well in recent years,” he said, “better in many areas than the overall UK economy. But it has some weaknesses, in particular overdependence on the public sector, which accounts for 60% of GDP per head, nearly one third higher than the UK average. We also have a weak private sector and are vulnerable to global market forces and competition like never before.”

However, he said that the Government is committed to a £16 billion programme of investment in infrastructure over 10 years, which includes schools, hospitals, transport, water and tourism. “There are many large projects in the pipeline, many of which will be organised by the Strategic Investment Board, and most of which should have some work for your sector,” Mr Rooney told the audience of steel specialists. “This infrastructure investment should in turn stimulate further work in the private sector.”

He also urged the steel sector to look at opportunities in the Republic of Ireland, where “vigorous” infrastructure spending is set to continue for the next 10 years, claiming that the combined “North-South” spend is €110 billion.