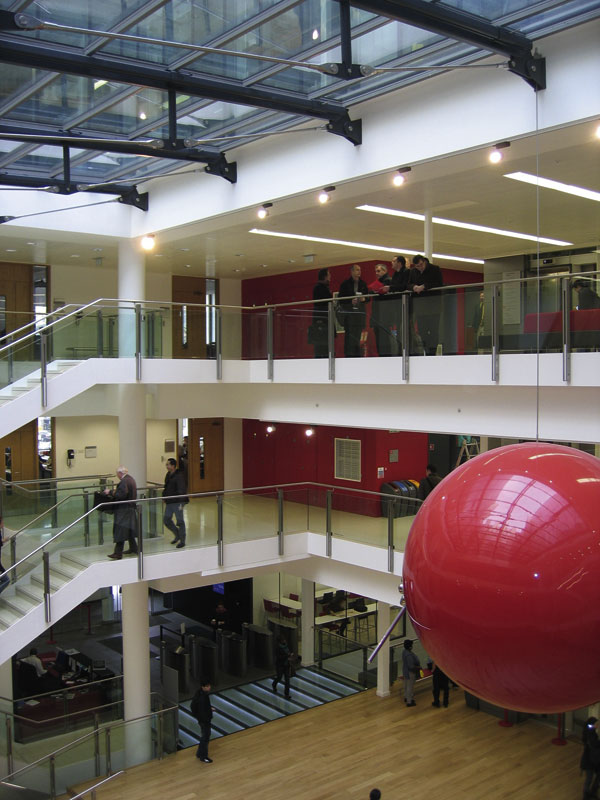 A range of innovative strategies were employed for this extensive remodelling of an Edwardian government office block.

This project skillfully combined steel and glass to transform an Edwardian office block into light and airy accommodation, say the judges.

Originally built in 1912 and situated between London’s Kingsway and Lincoln’s Inn Fields, this Portland stone clad steel-framed structure has nine-storeys plus basement and is U-shaped in plan.

As well as retaining the building’s facade, the construction plans also incorporated a larger floorplan, an atrium taking up some of the open area of the U-shape, a roof pavilion and a revamped forecourt area.

Demolition work essentially removed all the existing floors, including the structure’s two basement levels, while retaining the facade and the external bay of floor structure around the perimeter of the building. 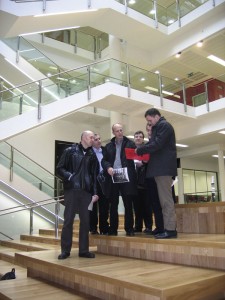 The Judges visiting the academic building. All projects on the shortist are visited by the Judges

Retaining some of the existing floor space helped stabilise the facade during the works, but this also meant steelwork contractor Bourne Steel was needed on site from an early stage.

“As each floor was demolished we had to erect new permanent steelwork and we were basically in and out at this stage,” says Mr Rowell. “Once demolition was over, however, our presence on site increased significantly as we then began erecting the new build elements of the job.”

One of the main objectives of the scheme was to create more open plan floor plates for the building. This was achieved by retaining the majority of columns from the existing bay and then hanging the majority of new floor plates from a 15t 17.5m long roof level transfer truss. This innovative solution also minimised the number of required new columns.

“All of the floors from the eighth to the third level are hung from the bottom cord of the truss by two steel hangers which are each made up of two 100mm x 50mm solid steel bars,” adds Mr Westcott. Further down the structure, separate SHS hangers connect to the second and first floor levels.

Another 6t steel truss has also been installed at ground level and this supports eight 19m long pre-cast concrete ribs which form part of the roof structure to the basement level lecture theatre.