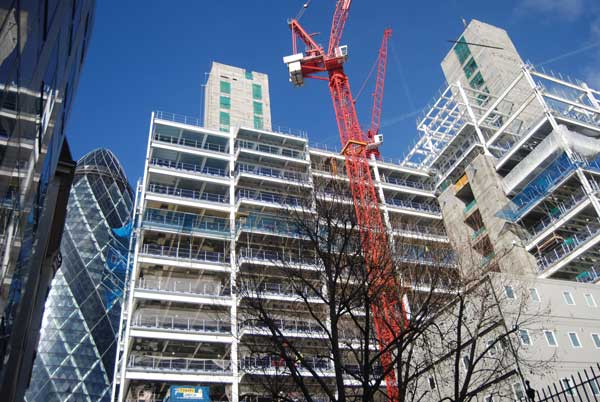 The volume of office construction currently under way across London has hit an eight-year high according to the latest Deloitte London Office Crane Survey.

Office construction has increased by 4% over the past six months to 1.3 million square metres, with 41% of the space currently being built already let.

One of the major trends in London has been an increase in refurbishment projects, with 28 schemes currently ongoing in the capital.

The greatest number of new starts was in the City. Construction began on 14 schemes, totaling 102,000m², a little above the long-term average.

The Southbank submarket has seen the most noteworthy rise in activity. Close to 74,000m² across nine schemes has started since the previous survey.

This is largely as a result of works commencing on 1 and 2 Southbank Place, the former (and future) Shell headquarters near to Waterloo station.

Other London areas which have seen significant rises in office construction include Docklands, White City and Kings Cross.