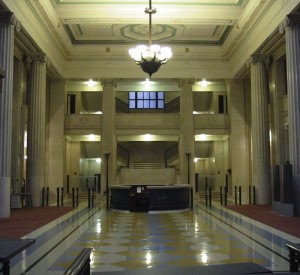 The former London headquarters of Lloyds Bank has undergone a complete redevelopment with the retention of the original façade and a new steel framed structure constructed within.

Architect: DLG Architects
Structural engineer: Ramboll Whitbybird
Steelwork contractor: Graham Wood Structural Ltd
Main contractor: ISG Interior Exterior Plc
Client: IVG Develop-ment (UK) Ltd
Originally built in the 1920s, this imposing Grade II listed six storey building has been transformed by opening up the honeycomb of small offices and replacing thick steel columns with new slim members. Two additional floors have been added and these have been hung from above as new columns could not be run through the listed interior. A complex series of transfer beams had to be devised to hang the new floors.

All of the highly specialised re-engineering work was carried out within a retained historic fa²ade. Other listed features, including a triple height banking hall and a period panelled boardroom, have also been incorporated into the new build.

“We have transformed the structure into a fully open-plan and highly serviced building,” says Eddie Jump, Project Associate of Ramboll Whitbybird.

“The project could only have been built with steel. We re-used the foundations which meant the weight of the new floors had to equal the weight of the removed thick columns and associated masonry,” adds Mr Jump.

“Understanding the existing structure and steelwork, and then combining this with the new steelwork was one of the main challenges of the project,” adds John Bray, Project Manager for ISG.

The building’s floor area was further increased by filling in a lightwell above the retained banking hall. Steel beams were deemed to be the only suitable material for this in-filling operation.

However, adding two new floors to the structure was the most challenging aspect of the entire project. The new floors are hung from a layout of trusses in the form of a giant umbrella. 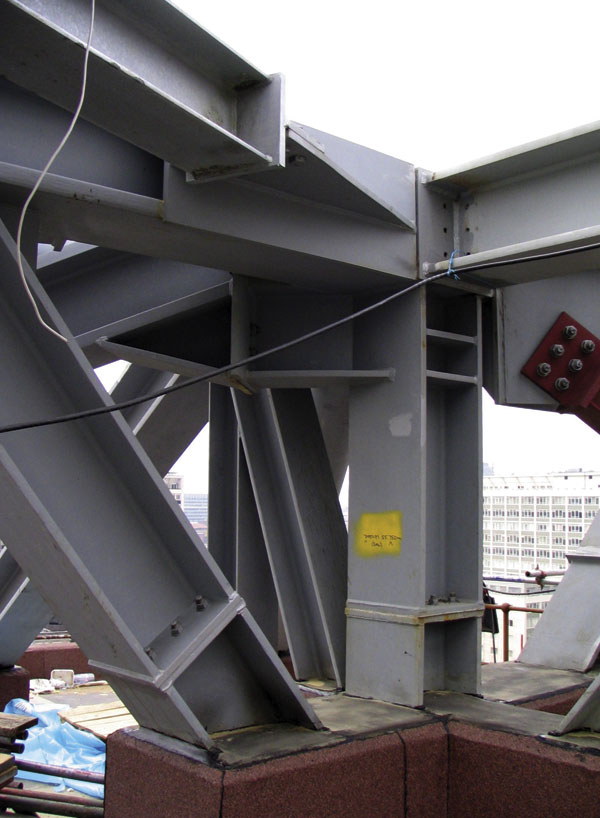 “The challenge in designing the roof truss was to understand the complex range of movements and consequence deflections involving the floor beams, the cantilevered trusses and hangers that could result from different floor loadings,” says Mr Jump.

Understanding all the possible movement combinations was essential to being able to explain the building’s properties to the cladding contractor. According to Ramboll Whitbybird, part of the elegance of the engineering solution was the realisation that to make the glazing work, only the building’s relative movements within each glazed aperture needed to be controlled. This allowed for an important weight and material saving.

The brief for the project was to modernise an old building for current market conditions. “We achieved this and we were able to re-use 75% of the existing building,” says Mr Jump.

“This conserved the embodied carbon-based energy in the existing structure and avoided additional energy expenditure in reconstruction.”