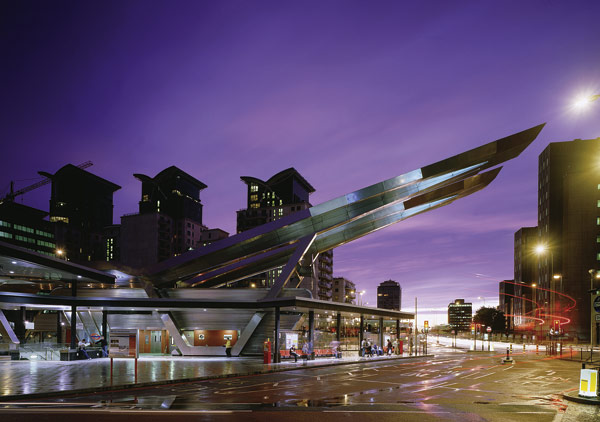 This modest scheme develops an iconic structure, which has helped to regenerate a rather forbidding urban traffic junction.

The new £4.5M bus station at Vauxhall Cross in south London is an eye-catching structure in a previously run down area once dominated by traffic.

The project was commissioned through Transport for London (TfL) to create a coherent and efficient interchange for bus, rail and underground passengers, thereby aiding the growth in public transport use.

The design by Arup Associates won an open competition in 2002 as it offered an elegant and economic solution responding to the site constraints. The site was formerly a highway which has since been diverted, consequently  there is a significant presence of buried mains services and sewers and this called for minimal foundations.

“The structure is basically a long stainless steel canopy,” Robert Pugh, Arup’s Structural Engineer for the project says. “The form offers minimal ground contact and we used steel because it perfectly lends itself to lightweight modular construction,” he explains. 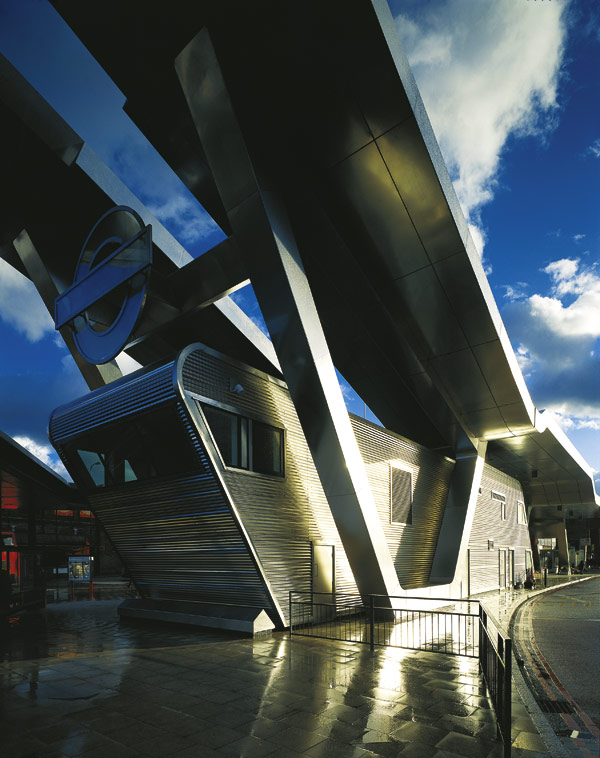 The bus station has been designed as a 200m long, 12m wide undulating ribbon which rises as a ‘super long’ 25m cantilever at its northern nodal end.

The undulations along the length of the canopy reflect the frequency of bus stands. Each dip of provides a seating area and raking support for the canopy above, which rises over the height of double-decker buses.

The entire structure is open and accessible, rather than enclosed as this was one of the client’s main stipulations, says Mr Pugh.

The roof sheeting and soffit lining formed a sandwich-like structure within which services and drainage could be distributed, and the typical module was then modified geometrically at the northern end to provide the steel box section springing frame for the two projecting tapered cantilevers.

Mr Pugh says steel was the obvious choice because it offered off-site fabrication of components and easier erection of modules within a confined island site. Meanwhile, stainless steel cladding was selected as the most appropriate material to deal with the exposed conditions.

The steelwork and cladding are relatively straightforward but effective, the Judges say. But the detailing at street level is rugged.

Another important and eye-catching aspect of the structure is the incorporation of photovoltaic (PV) cells along the cantilevers to generate power. Covering over 200m² of the upper surface of the long cantilevers the PV cladding offers 30kWph generation of carbon-free electricity, handling a significant proportion of the bus station’s demand.