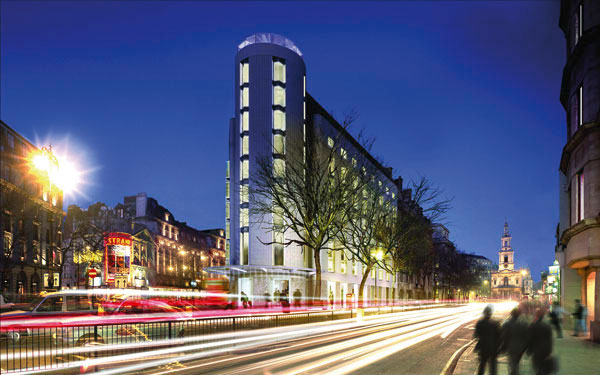 Rowen Structures is currently erecting steelwork for a Spanish owned five-star hotel on the prominent and prestigious central London intersection of the Strand and Aldwych.

Project architect Foster and Partners, said the building – the first UK venture for the Spanish Silken Hotel Group – will deliver a bold contemporary vision within an historic location, by combining the restoration of the listed facade of Marconi House, with a new Portland stone building and an entirely restructured interior.

Rowen Structures will erect approximately 2,500t of structural steelwork for the project and is expecting to complete its work by early 2008.

Jeff Matthews, Project Manager for Rowen Structures, said the main challenge for the job is the hotel’s dramatic structure-high atrium.

“Triangular in shape, the atrium tapers towards the top and this requires us to install a series of raking columns. We then have some complicated connections from these members to the floor beams.”

Rowen is also installing a number of large transfer structures – mostly on levels two and three – to support the upper portions of the building.

The project is scheduled for completion during 2009.