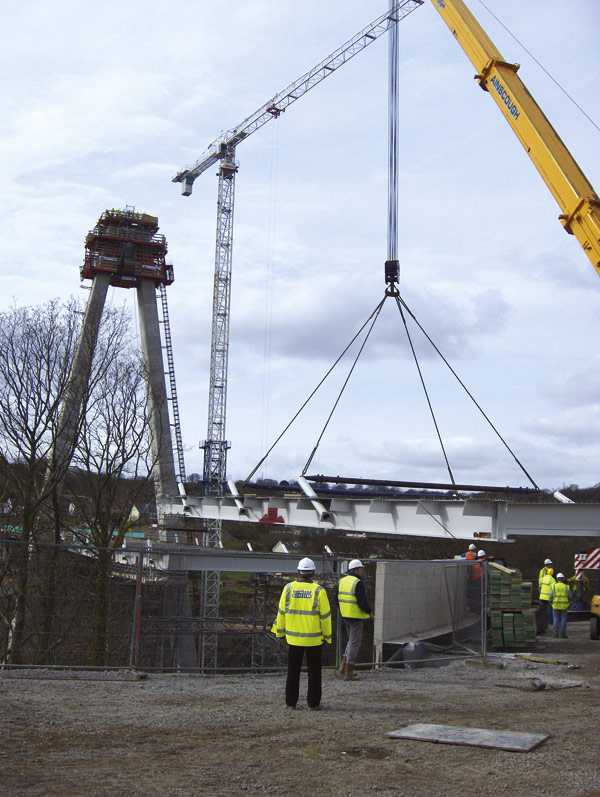 Fairfield-Mabey has erected the final section of deck steelwork for the Sirhowy cable stayed bridge in South Wales allowing cable installation to begin during an unusual construction sequence. Deck steelwork has been lifted on to temporary steel trestles while the bridge’s single pylon is constructed, instead of the conventional method of adding deck sections incrementally as cables are stressed.

Composite deck construction with the steelwork temporarily propped has been selected by Arup and Costain for a faster construction programme. All the main deck steelwork is now in place ahead of cable work. Deck slab construction is also starting on an Omnia plank system in preparation for casting the deck after the cables have been stressed.

Costain and Arup form the Sirhowy Enterprise Way consortium which has a 30 year Design, Build, Finance & Operate concession for 4.3km of new roads and bridges, including the 227m long cable stayed crossing of the Sirhowy valley.