Seven up for seafront campus 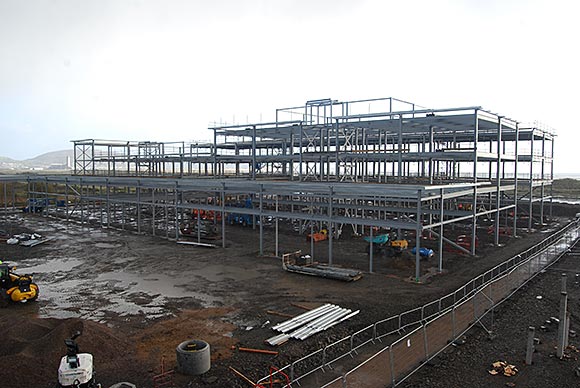 Being built to complement Swansea University’s existing facilities, Bay Campus is a 65 acre development that includes a library and lecture theatres, as well as facilities such as an Innovation hub and a Manufacturing building that will provide laboratory space, not only for students but also for local businesses.

Developer St. Modwen bought the seafront site, formerly owned by BP, in 2007. A lengthy remediation programme was carried out together with the site’s sea wall being modified and extended, prior to construction work on the campus kicking off earlier this year.

Steel construction is playing a major role in the scheme, as seven buildings are steel framed.

“Maximum adaptability is important for these structures as during their lifetime the usages are quite likely to change.”

Working on a design and build contract for main contractor Vinci Construction, Caunton Engineering is responsible for five of the steel framed structures.

These consist of the £32M Manufacturing facility, the School of Management, the Great Hall, a Library, and the Institute of Structural Materials. 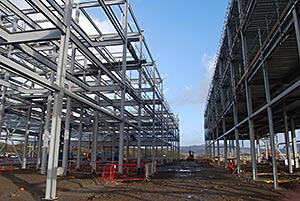 The Manufacturing facility is divided in two by a covered street

The largest of the buildings and the first to be erected is the 95m long x 87m wide Manufacturing facility. This three-storey structure is divided in half by a 9.5m wide street, which will be glazed at either end and spanned by a tensile fabric roof.

“Both sides of this facility are temporarily independent structures that will be linked by footbridges spanning the street,” says Matthew Shimwell, Caunton Engineering Senior Structural Engineer.

“Controlling differential movement, which could potentially damage the tensile roof, was a challenge. The bridges bring the two parts of the building together, and maintain a constant distance between them.”

The two braced frames are also held together by large box section horizontal glazing restraints situated at either end of the street.

The Manufacturing facility will provide laboratory and teaching spaces for industrial and manufacturing research, so the steel frame is based around a regular 9m x 9m grid, which is sufficient to provide the structure with the required classroom sizes.

The only exception to the grid pattern is an open plan lean-to that is attached to the western elevation. This is a long column free space to be used as a manufacturing and testing area, served by an overhead crane supported by the main steelwork. 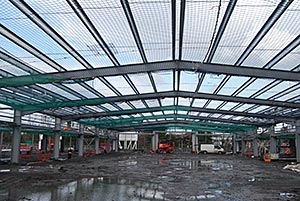 The Institute of Structural Materials is a large portal framed building

Adjacent to the Manufacturing facility sits the Institute of Structural Materials which is a 72m long x 26m wide portal frame with a 10m wide lean-to structure positioned along either side.

This building will provide a large testing facility for existing materials that are used in the aerospace and aero-engine industries. The structure will also house a data centre for the campus.

Caunton says this was the simplest structure out of the five to erect, and was completed by September last year.

Possibly the site’s most distinctive building is the Great Hall, a large 26m high two-storey structure that contains lecture halls on the ground floor with an assembly hall above.

In recognition of Swansea’s industrial heritage the building will be clad with reconstituted stone panels.

The panels weigh approximately 10t each and are hung from heavy duty brackets bolted to the columns.

In order to stabilise the structure and deal with any potential deflection issues, a series of full height UKC cross bracing and moment frames have been integrated into the building at end bays.

“Controlling lateral deflections on this building was particularly challenging given the site’s landscape. In addition to this, the building’s column free spaces and height combine to present a complex design.

“The joints between the stone panels could accommodate only a few millimetres deflection when under lateral load, which resulted in the building having to be designed to very small deflection limits,” says Mr Shimwell.

Throughout the steel programme Caunton has had one erection gang working sequentially around the site, a plan that has worked well with Vinci’s overall works.

“This was one of the reasons we contracted a steelwork company that could do a design and build job,” explains Mr Williams. “They’ve been able to do one structure straight after another seamlessly without any design or erection hold-ups.”

With the first three structures erected Caunton finished off its programme with the construction of the School of Management and the Library.

A series of transfer structures located in corridors allow the building to have varying classroom sizes from floor-to-floor by supporting columns that do not extend the full height of the building.

The Library is a single-storey building, the main body of which fronts onto an internal courtyard with two arms extending out and almost completely encircling the open space. 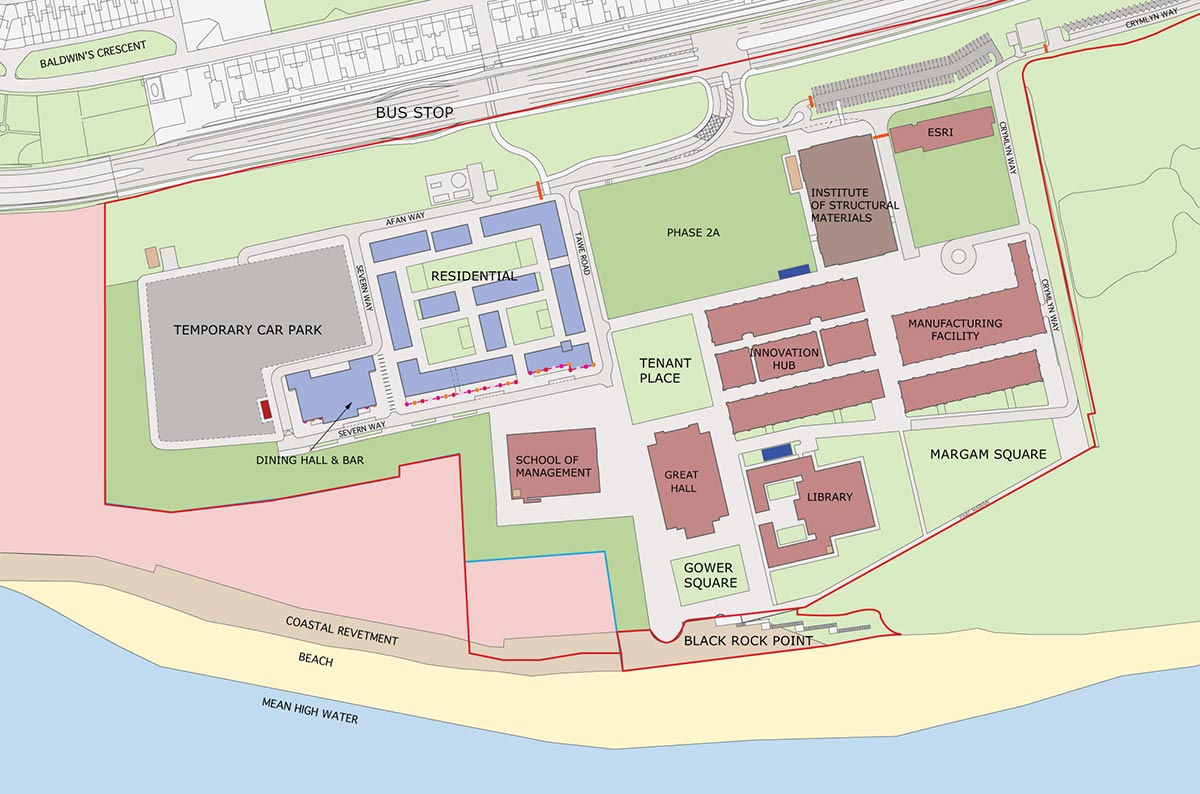 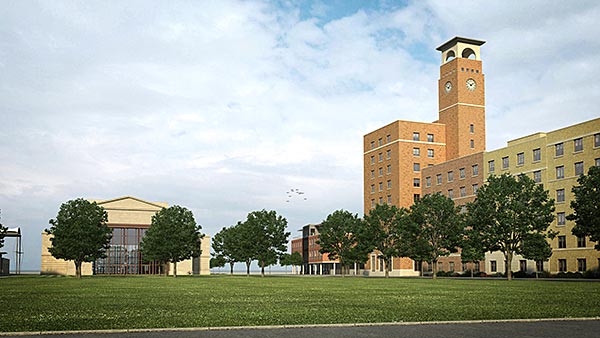 The company is building the Innovation Hub and the Energy Safety Research Institute (ESRI), both of which are three-storey structures.

Elsewhere on the site 899 student rooms are being built within precast concrete residential blocks varying in height from three storeys to a maximum of eight storeys. The centrepiece of this part of the campus development will be a 13-storey high clock tower.