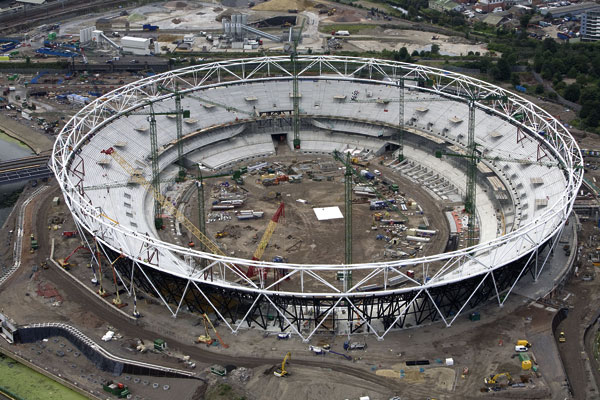 Steelwork for the London 2012 Olympic Stadium is nearing completion since the final section of the roof compression truss was lifted into place during August.

The roof has been constructed from 28 truss sections each 15m long x 13m wide and weighing 90t. Manufactured at Watson Steel Structure’s Bolton facility, the trusses were brought to site and individually lifted into place by a 1,350t capacity crane.

“This is a ground-breaking project and the stadium will be extremely flexible,” said Ian Crockford Project Sponsor for the Olympic Delivery Authority. “Over the coming months the cable net and then fabric roof will be lifted into place.”

The stadium is highly sustainable, containing 10,000t of steel, making it the lightest Olympic Stadium to date.

“Because of the confined site and our wish to have a demountable stadium we have a compact and lightweight design,” said Mr Crockford. “A stadium that will have a lasting legacy.”