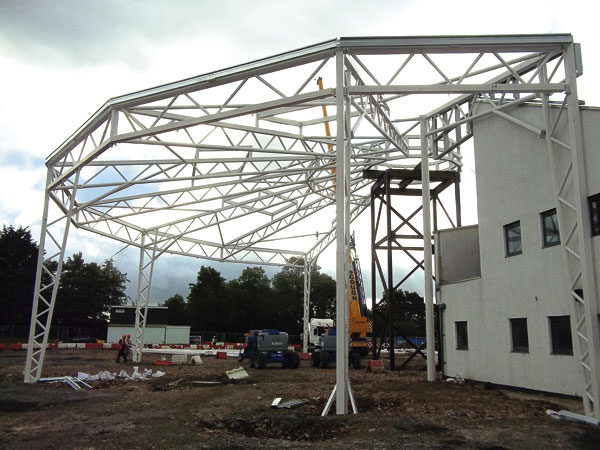 The £25M redevelopment of the Fulwood Academy in Preston, Lancashire is nearing completion, with all structural steelwork erection having been completed.

The AA Group (TAAG) has fabricated and erected approximately 475t of steel for the new school building which is due to open next year.

Many of the school’s functions are currently being undertaken in temporary buildings as the construction programme takes place. Replacing a demolished arts centre, the new building consists of a large central atrium area with five wings radiating out from it.

Initially TAAG erected the central atrium, supporting it with a temporary structure for stability until all of the perimeter trusses and columns had been installed. Four of the steel framed wings are single storey structures, with the fifth having two-storeys.