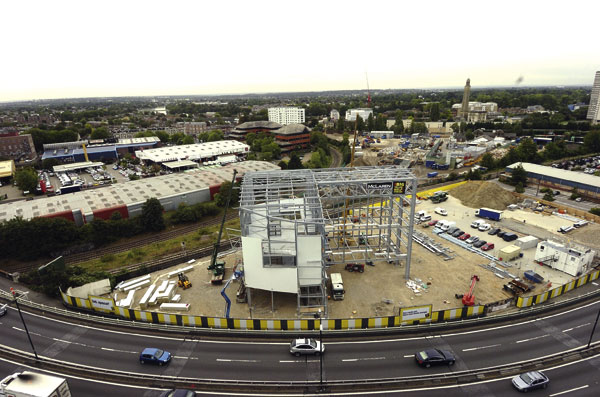 Rising up alongside one of the country’s busiest motorways, steelwork for the Big Yellow Self Storage facility is nearing completion.

Located next to the elevated section of the M4 in Chiswick, west London, approximately 630t of structural steelwork will be erected by Caunton Engineering for the project.

Each of the trusses weighs 20t and were brought to site as fully assembled sections. They are supported by large 25m-high 914 columns, each weighing 10t.

Architecturally, the storage facility features a barrel vaulted roof and two cantilevering wing elevations. Two Vierendeel framework trusses, located on both sides of the structure, support the cantilevers and form the sloping facade.

Main contractor for the project is McLaren Construction and the facility is due to open early next year.