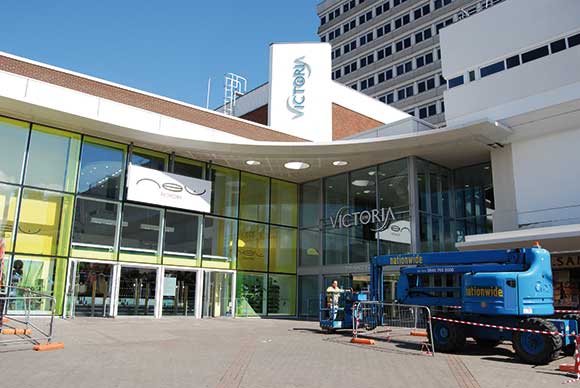 Refurbishment included a new main entrance to the centre

A town centre shopping mall that had been rapidly falling into a state of disrepair has been extensively refurbished with steel and is now a flagship development in Southend.

What was once the town centre’s state-of-the-art architectural masterpiece is now a rather rundown and shabby building, disliked by the populace and under used or visited. Designed as a modern structure, the building today looks tired and out of date and needs to be extensively refurbished or even demolished.

This is a story familiar to many UK towns and cities as a lot of buildings built in the 1960s and 70s have not stood the test of time. Although many structures dating from this era are not highly thought of, demolition is not always an option and refurbishment is the answer.

The Victoria shopping centre in Southend-on-Sea is a case in point. Built in the late 1960s, the concrete framed centre occupies a prime town centre location and was in its day a modern and exciting place to visit. However, times change and over the last few years shoppers used to air-conditioned indoor malls viewed the Victoria’s open and uncovered thoroughfares as unwelcoming and inhospitable.

Delamere Estates bought the site in conjunction with The National Grid UK Pension Scheme and in May 2006 started a multi-million pound project to upgrade and refurbish the Victoria shopping centre. 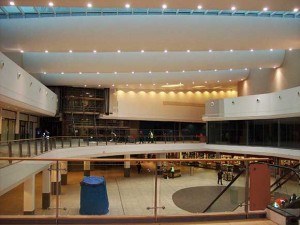 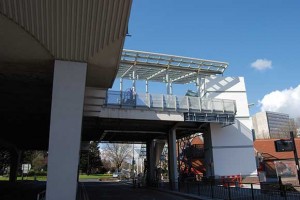 Better access has been added to and from Victoria Station 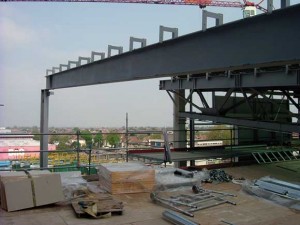 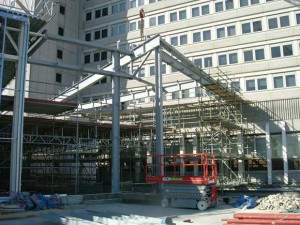 Creating more retail space was one of the project’s goals

Martin King, Contracts Manager for main contractor EllmerTry, says: “Shoppers were at the mercy of the elements and some of the malls were like wind tunnels. Our work has rejuvenated the centre and by covering the malls made it a pleasant place to shop.”

As well as having to work with old and incomplete construction plans, the main challenge the building team faced was that the centre would remain open throughout the construction programme.

Primarily for this reason a phased rotational programme was employed, whereby demolition and erection work was carried out around a functioning shopping centre.

Hillcrest Structural’s steelwork package was subsequently carried out over a 15 month period, with the firm generally spending a month on each sector and then returning when the main contractor had another area ready for steel erection.

The original concrete structure consists of four levels of retail topped by a seven level car park. New structural steelwork was erected in five main areas with the largest sector, in terms of tonnage, being a new four-storey extension.

An area adjacent to the centre’s service yard has been in-filled with a steel framed extension. “During construction work we had to divert the services to the basement level delivery yard,” explains Mr King. “Now the extension has been completed, the revamped, but slightly smaller, service yard is still adequate for the shopping centre.”

Logistically, the most challenging sector of steel erection was conducted over the Deepings, an underpass which previously housed a subterranean bus terminal and two lanes of traffic.

The bus terminal has been relocated to another area in the town centre but the road remains and this was closed during construction work. Hillcrest’s work involved erecting 17m-long beams over the highway in order to extend the shopping centre’s floor plate. Primarily above the Deepings the structure is taken up with retail outlets, and the new extension is designed to aid access between different areas of the shopping mall.

“One of the main objectives of the overall work at the centre is intended to improve the flow of shoppers around the malls,” explains Mr King.

An existing diaphragm wall was initially strengthened and then Hillcrest erected large transfer columns into new piles which supported the new floor space.

“This was a complex part of our pragramme as we had to erect over a road and getting a mobile crane into the correct position wasn’t easy,” says a Hillcrest spokesperson.

This structure has been demolished and during a seven week road closure, a new entrance from the station has been erected. A steel frame straddles the busy road and accommodates an escalator, lifts and stairs, giving easier direct access into the centre from the station.

Feedback from local residents seemed to indicate that access from the station was laborious and uninviting. The new entrance is intended to encourage commuters as well as shoppers to use the shopping centre as a thoroughfare into the town centre.

The other two sections involving new steelwork centred around Churchill Square, the main central plaza of the centre. The work basically involved in-filling the upper levels to create more retail space, while another level was added above one retail store creating a new 52 space car park.

Summing up the project, The Victoria’s Centre Manager, Jonathan Poole, says: “This is what Southend has been waiting for. We hope shoppers will find it easier to move around using the new escalators and accessways.

“Our shoppers have also been extremely patient throughout the building works, but the new centre is going to totally change shopping in Southend.”