The official conference organised to launch the report into the collapse of the World Trade Center towers took place in September. John Dowling of Corus reports on the issues raised.

The conference at the headquarters of the National Institute for Standards & Technology (NIST) at Gaithersburg, north of Washington DC, was attended by 170 experts on various aspects of fire design from across the world, 17 of them from the United Kingdom, who were treated to descriptions of probably the most extensive investigation into a structural collapse ever undertaken. 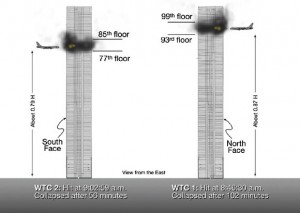 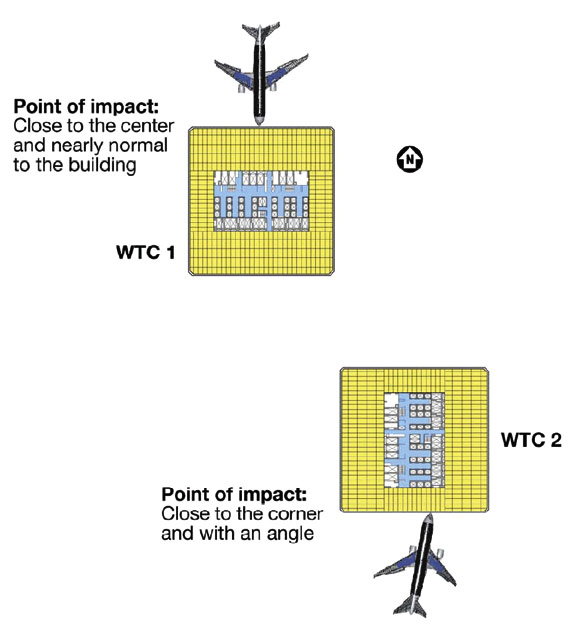 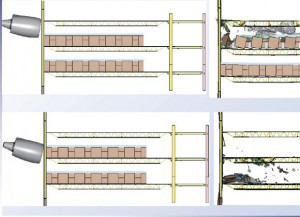 Detailed models of the impact of the aircraft engines were created 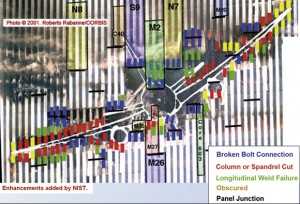 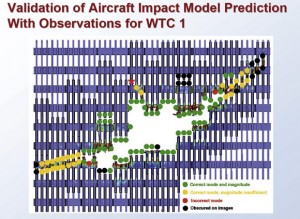 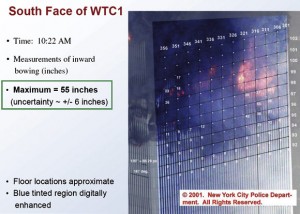 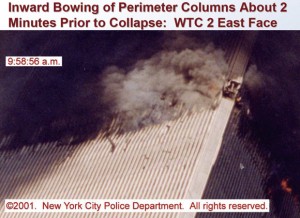 And it was impressive. Thousands of photographs and hundreds of hours of video footage were used to validate immensely complex analyses of the aircraft impact, fuel distribution throughout the affected floors of the buildings, internal and external damage, fire spread and eventual collapse. These analyses, incorporating finite element models with hundreds of thousands of nodes and millions of degrees of freedom, and taking (in some cases) weeks of computing effort to run, are striking. Conference delegates were shown graphic illustrations of the movement of the engines and the fuel through the building and the damage it created. Equally remarkable were detailed models of the progress of the fires across the floors. These helped to explain one of the key questions from the 9th September 2001: why did WTC2 collapse before WTC1 despite being hit afterwards (collapse took place in 56 as compared to 102 minutes).

NIST now claims to have the answer. It would appear that the angle of entry of the aircraft on WTC2 created a greater amount of internal damage and window breakage than occurred on WTC1. Critically, the impact on WTC2 also created a significantly larger pile of debris on the side of the building remote from the contact and this burned with a greater intensity, causing higher temperatures than occurred in the other bulding. The combination of increased temperatures and damage lies at the heart of the differences in performance. The NIST models, which demonstrated this effect, also identified that the collapse of both towers began at the sides of the buildings remote from the initial impact, a conclusion supported by photographic and video evidence.

The conference was divided into seven sessions reflecting the order in which NIST had carried out its investigation. The first and last were occupant egress and emergency response and then building and fire codes and practice. These more or less stood alone. The remaining five were: mechanical & metallurgical analysis; baseline structural performance and aircraft impact damage analysis; reconstruction of the thermal environment; analysis of active fire protection systems; and structural fire response and collapse analysis. The progression of these was linear, with each being dependent on the previous analyses and this perhaps is the cause of one of the potential weaknesses of the NIST approach.

This weakness arises from the sheer complexity of the analyses required to determine what happened during an extremely complex event occurring over a relatively short period of time. Put simply, regardless of the confidence NIST has in its analyses, without having been there to see exactly what happened there will always be elements of uncertainty in the results and this will inevitably place confidence intervals on the conclusions. As far as the mechanical and metallurgical analysis was concerned, NIST could be confident that its results were accurate. However, when it came to the baseline structural performance and aircraft impact damage analysis, things were not so clear. In the end, the analysis was able to develop three scenarios for damage: light, baseline and severe. The observed data indicated that the real case was somewhere between the latter two but it could be fixed no more clearly than that. In answer to a question from the floor, NIST admitted that the aircraft impact assessment in particular was very uncertain and that they were looking for global patterns, not accurate specifics.

The reconstruction of the thermal environment also had some problems. The theoretical analysis was backed up by extensive and impressive physical testing but the results agreed with observed data only when a fire load of 4 psf was used and not when this was increased to 5 psf. These are not huge differences and might not alone have been expected to account for the variations in results. In WTC 2, calculations agreed with observations only when it was assumed that much of the fire load was moved to a corner by the impact. This has already been discussed as one of the primary reasons why WTC2 collapsed before WTC1. To put a fire load of 4 psf in perspective, it is approximately 40% of that used during the Cardington steel frame fire tests.

For comparison purposes, the structural model developed for NIST calculated that collapse would have taken place 43 minutes after impact at WTC2.

The NIST analysis identified the critical issue in the collapse of the towers as being the removal of most of the structural fire protection by the debris which hurtled through the buildings and the shock waves which followed the moment of impact. Had the fire protection remained intact, NIST believes that that buildings would have survived. This is not a scenario which finds agreement at Arup Fire which has carried out its own analysis, and believes that the towers were vulnerable had the threat come only from fires on three floors.

There were several other contributors from the UK including Dr. Bill Allen of Leigh’s Paints. He made a presentation on work he had carried out which showed the ability of modern intumescent coatings to survive explosions and maintain their functionality when subjected to over-pressures in excess of those at the World Trade Centre.

Other than from Arup Fire, open criticism of the report was generally muted. One exception was a sharp attack on the investigation into occupant response and evacuation which rebuked the emphasis placed on the immediate reaction of the survivors in a survey carried out by NIST; 30 questions were devoted to immediate reactions compared to only three on the building evacuation.

It was clear from the conference that, in taking on the analysis of the collapse of the twin towers, NIST had accepted an enormous task. Aspects of the report are open to criticism and examples of this have been described. Some conclusions are debatable and it is likely that, had NIST looked outside the US for expertise, it might have modified some of its findings. For example, a finding that creep effects in fire were highly significant in the collapse is inconsistent with the results of extensive large scale fire testing in the UK. Nevertheless, the report is a significant body of work and NIST has made no claims that it is definitive. Shortcomings are accepted and these should be understood when reading the report. Many of the conclusions and recommendations are common sense and many emphasise what will undoubtedly become good practice in tall and high risk buildings. For this, at least, NIST is to be commended.

All presentations from the conference have been placed on a website at http://wtc.nist.gov/ WTC_Conf_Sep13-15/presentations905.htm

Readers who wish to know more about the probable collapse sequence can do so by accessing the presentation ‘Probable Collapse Sequence and Key Findings.’

Computer simulations of the impacts can be found at http://www.nist.gov/public_affairs/releases/ wtc_briefing_april0505.htm]