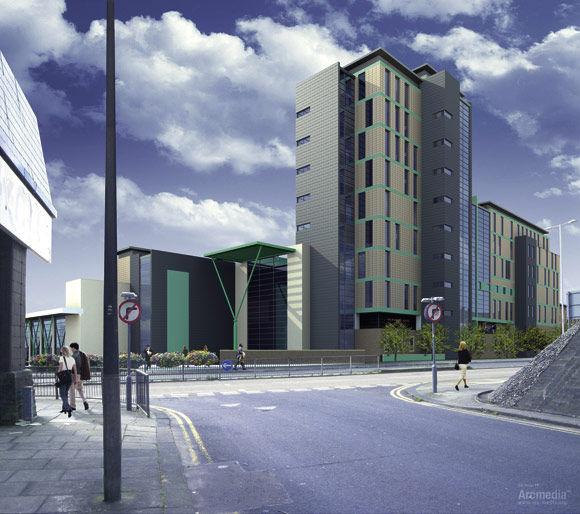 Burnley’s health and leisure facilities will be greatly improved by the completion of a flagship centre, believed the first in the UK to bring both uses together.

Nationally, LIFT is a Department of Health initiative designed to improve the facilities and premises for primary care services — general practitioners and community services — allowing the services themselves to be expanded. 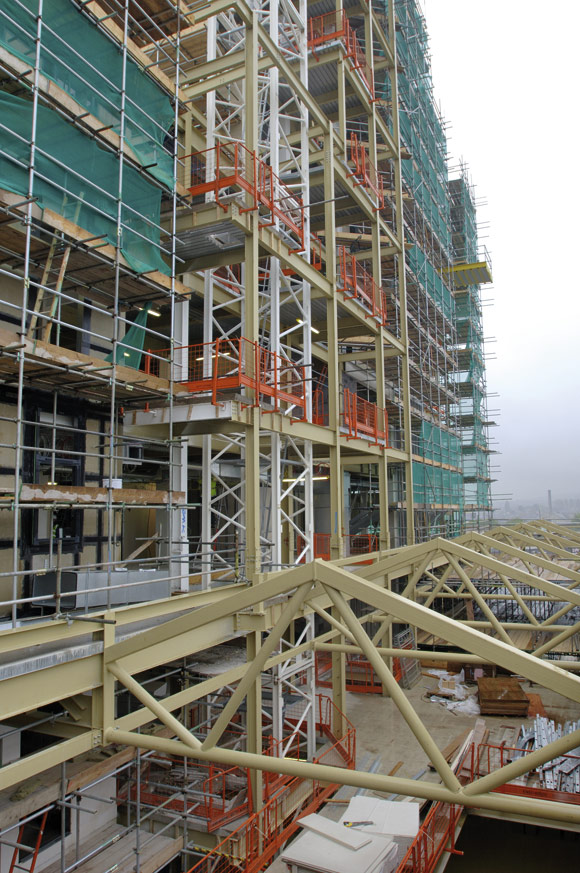 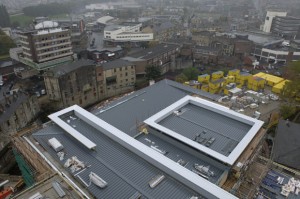 The main tower provides panoramic views of the town. The four storey block and sports hall/swimming pool block are in the foreground 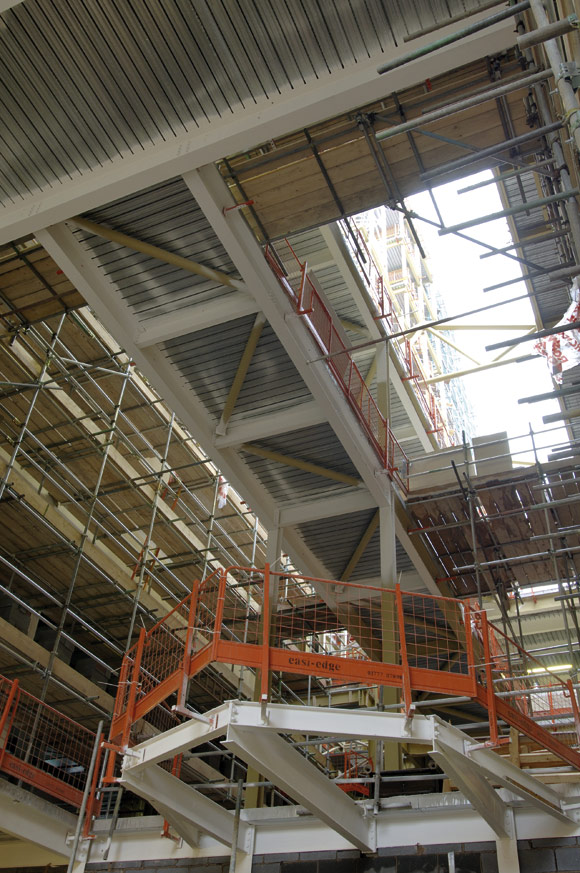 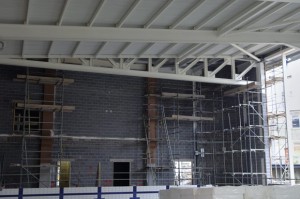 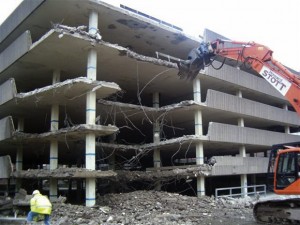 A pre-cast concrete car park was formerly on the site

A number of health centres have already been completed under the seven-year, £65M East Lancashire LIFT programme, but these have been on a smaller scale and were part new-build, part-refurbishment projects. The £28M St Peter’s Centre is the programme’s flagship project.

Design work on a stand-alone health centre was at an early stage when Burnley Borough Council came on board with the idea of combining it with a new sport and leisure facility to replace the town’s existing sports centre.

The health centre will provide a wide range of services including the primary care trust’s out-of-hours doctor’s service, while the leisure centre will feature two swimming pools, a sports hall, squash courts, a dance studio and the usual range of leisure centre facilities. One of the pools will be 25m long, while the learner pool will have an adjustable floor, allowing its depth to be varied up to a maximum of 3m.

Steelwork alone accounts for £2.3M of the project value. Structurally, the pool and sports halls are braced frames but in each there is a large transfer truss at one end.

In the swimming pool this supports one side of the adjacent four-storey office block over a span of 21m. The truss in the sports hall supports squash courts and spans 18m. Both are fabricated from universal column sections.

The swimming pool steelwork is protected by a special coating specification recommended by Casco’s Paints: the sections are galvanised and coated with chlorine-resistant paint, giving them a life to first maintenance of 20 years.

Spectators are catered for by a cantilevered viewing gallery at one end of the pool.

Down the side of the swimming pool building there will be a row of full-height external columns, dividing halfway up to form a ‘Y’ shape. These are there for effect and have no load-bearing function.

Visitors will gain their first impression of the building as they enter via the four-storey atrium. Another Y-column will stand outside under a glazed canopy; an 18m high 365mm circular hollow section column stands just inside the full-height glazed screen of the atrium’s main façade.

At atrium roof level, eight trusses span 11m across the atrium. Though they support the atrium roof, their critical load case occurs during construction, carrying the scaffolding running up the face of the adjacent 10-storey block.

The central section of the atrium trusses, which will be left exposed, is fabricated in circular hollow section; universal column sections are used for the ends, which will be enclosed behind finishes.

Internal footbridges at second and third floor level within the atrium connect offices at the rear of the building with the stair and lift landings.

The fast-track programme made steel the obvious choice of material. Work on site started in January. The leisure centre is due for completion by the end of the year — after less than 12 months on site. The health centre is due to open by summer 2006.

Steve Mason, Billington Technical Director, says: “We sat in with the structural engineer to value-engineer the design both before and after we won the job, and to make sure the details lent themselves to fast track construction. For example we were able to advise on details such as what column size to specify, so that we could design the splice details to be easy to manufacture and easy to put together on site. We worked very closely to make sure the design met all the client’s requirements at an economic price.”

The site is cramped and access is restricted, but following surveys of the nearby roads Billlington was able to deliver the large transfer trusses in one piece and erect them in one lift.

“It was always a tight programme,” says Ian Entwisle, an Associate of structural engineer Booth King Partnership. “For a complicated £28M project, progress has been phenomenal.” The programmed six months between finishing the leisure and health centres is unlikely to be needed, he predicts: “It will finish well within programme.”

And though this may be the first centre to combine both functions it is unlikely to be the last. There is a compelling logic to siting the two together, as David Peat, chief executive of Burnley, Pendle and Rossendale Primary Care Trust points out: “Prevention of illness by keeping fit and healthy, with the right diet and the right amount of exercise, is the way forward, and this building will help provide that opportunity.”