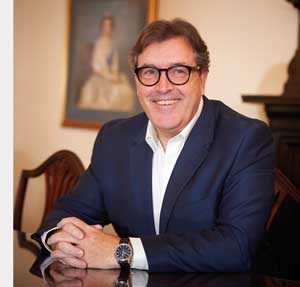 The lockdown is starting to be relaxed and although things won’t be back to normal any time soon, a lot of construction sites are open (with the exception of some in Scotland) and most steelwork contractors are working.

We all look forward to more restrictions being lifted over the summer, but I worry that The Chancellor, Rishi Sunak, has warned of a ‘severe recession, the likes of which we haven’t seen’ and some commentators talk about 10% unemployment not just for the short term but for up to 5 years, it’s important to me that we don’t talk ourselves into recession.

We are seeing projects put back and a reduction in the number of enquiries. You may be interested to read that the ‘Building Conference’ reported a continued downward trend in both the number and value of contracts awarded in the first two weeks of May.

In the six weeks before the lockdown there was an average of 122 contracts awarded each week. In the first and second weeks of May, there were just 66 and 94 contracts awarded respectively and the value of the contracts awarded fell from an average of £2.08 billion per week to just £0.3 billion in the first week of May and £1.43 billon in the second week of May. These are grim stats but let’s hope this is a more of a holding pattern and the work will flow through soon. This reduction in the pipeline of work is likely to hit the Construction industry at the worst possible time. The Job Retention Scheme is scheduled to end at the end of October just when the industry will need it.

We all have a part to play in an economic bounce-back, it’s time to show our metal, that’s resilience, customer and project focus and the brilliant can-do attitude of our sector. A demonstration of our flexibility and versatility which won’t go unrecognised and perhaps optimistically, I hope will act as a catalyst for the kick-start.

To make matters worse the government is looking to introduce reverse charge VAT in March 2021. This unfair change to the tax system will have a massive negative economic impact on the industry and will increase the burden on business and reduce cashflow – not just in the short-term but as a perpetual effect. BCSA has been lobbying hard against this and is keeping the pressure on by writing to Mr Sunak directly, to urge this initiative gets taken off the table.

Any construction company, but particularly those who purchase high value materials and act as sub-contractors in delivering construction services, will in effect become a perpetual creditor to HMRC. They would be caught in the middle of regular input VAT being charged to them, then the reverse charge applying to the sub-contracted construction services they provide. You must then grasp the implication that any cashflow shortfall must be funded from debt, or elsewhere in an already pressurised business.

BCSA has also written to Mr Nadhim Zahawi the Minister for Business and Industry warning about the fall in the construction pipeline and urging him to proceed as a matter of urgency with the infrastructure projects promised in the budget.

These are perhaps only two of the many priorities and changes that we are facing, add to them what the new norm is going to look like. Some of these are already having positive effects. Personally, I’m finding that using technology for instance, will reduce travel and the expense of it, and the travel time spent doing something else.

Being an eternal optimist, I’m looking forward to finding better ways of working, being efficient and effective and seeing that they impact positively on all our businesses.