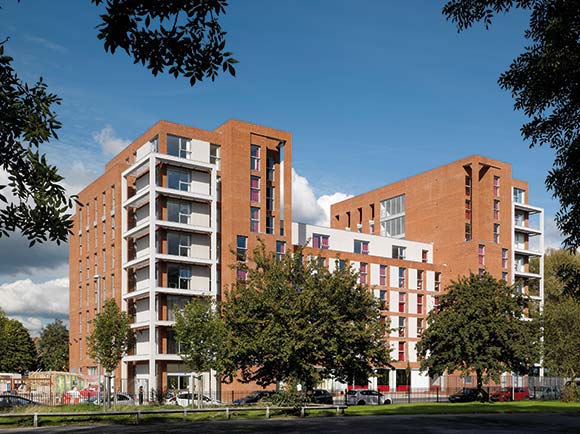 The completed block A

Steel’s ability to aid a quick construction programme was the reason it was chosen as the framing material for a student accommodation project in Manchester.

Fast track construction was the all important criteria for the delivery of the first batch of student accommodation at the Ducie Court development in Manchester.

Designed by architects Hodder & Partners, the project will eventually consist of 614 single and double units accommodated within three blocks.

Split into two phases, phase one of the project saw the completion of Block A last year, a structure containing 246 bedroom units. The remainder of the development, Blocks B and C, are due to be finished in time for the coming autumn term.

The construction of student accommodation is extremely programme sensitive, and if the first phase was not completed in time for the new term it may as well have been postponed until later in the year. This obviously was not an option so with only nine months to complete the job, steel was the obvious choice. 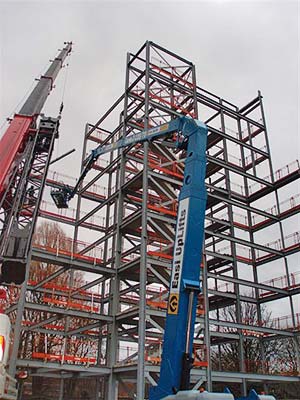 “Speed of construction was the main driver for choosing steel for this project as the first block needed to be ready for the last year’s autumn term,” adds Peter Ward, Partner at structural engineers Fairhurst. “Steel also gave us a lot of flexibility, as many of the room layouts had not been fixed at the design stage.”

Impressively, Block A was designed and then on site within three months and this was made possible because the architect and engineer worked simultaneously to meet the client’s tight deadline. “Another benefit of using steel,” adds Mr Ward.

Steelwork contractor B D Structures was then issued with a concise set of engineering drawings of the steel frame.

“A lead time of just six weeks is very quick for this size of project, but the engineer provided good information and that helped us detail the steelwork and design the connections quickly,” explains Chris Heys, B D Structures Managing Director.

Structurally Block A consists of 395t of steel. It is a braced frame with metal deck flooring based around a fairly regular grid pattern. Diagonal bracing is located in lift shafts, stairwells and gable walls, basically anywhere with no windows.

One of the most challenging aspects for B D Structures was reconciling the different tolerances of the steel frame and the structure’s distinctive brick cladding.

Block A is U-shaped in plan and rises to a maximum of eight storeys high. Hodder & Partners were keen that the project should not give a monolithic definition to the adjacent Denmark Road. So the structure has lower five and six storey areas of bedrooms separated by three eight-storey towers that contain the cores.

“The lower parts of the block correspond to the traditional buildings further along the street, while the towers break up mass when one is looking at the structure,” adds Mr Hodder.

The bedrooms are arranged in clusters of four and six around communal living, dining and kitchen areas. In order to reduce the amount of circulation areas, all of the clusters are based around one staircase.

Wherever possible these clusters have been placed in a stacked formation, but this has not been possible throughout the project and so the grid does have to occasionally alter.

Further clusters, containing solely double study bedrooms and independent studios are contained in four, two and three storey ‘pods’ which sit lightly over the blocks below. 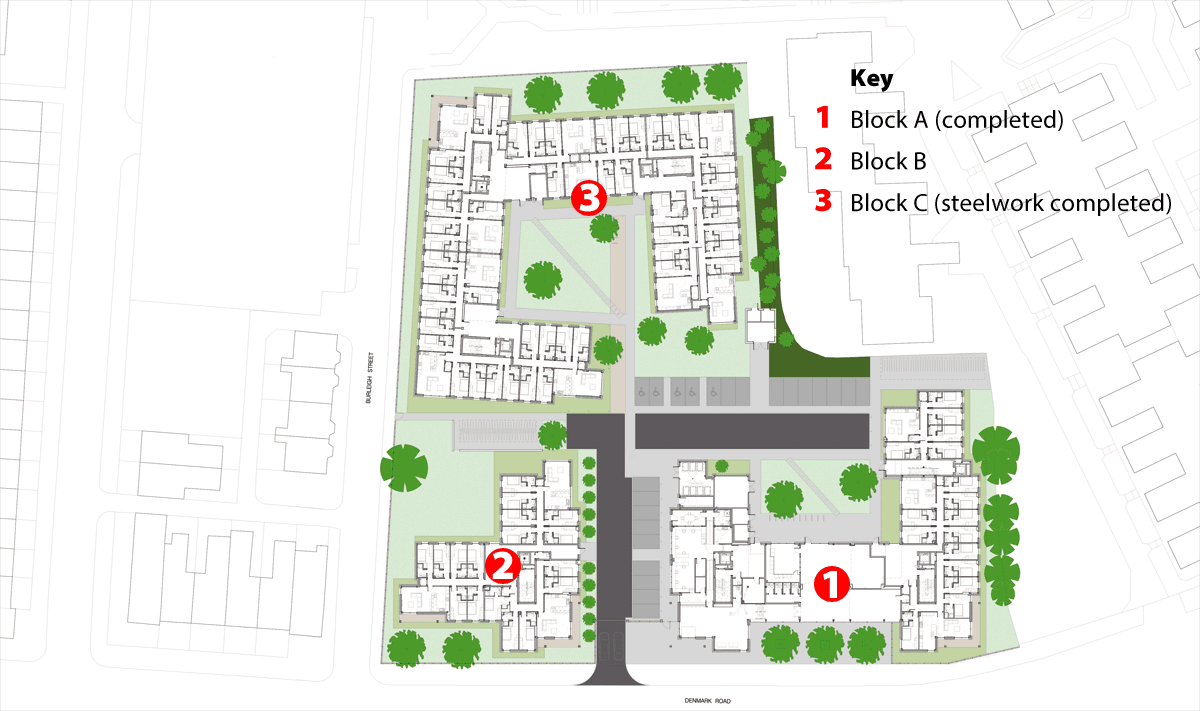 Phase two is up and running and B D Structures has recently completed the erection of Block C (350t), with the final piece of the project, Block B (180t), due to be erected during January.

“The lead in time for the second phase has been a little more generous, but speed of delivery has been vital again,” says Mr Heys.

The phase two buildings of the development are similar to Block A, using the same detailing and design philosophy. The only difference between the structures is the internal layout of clusters, as these change according to how many single or double units are required. 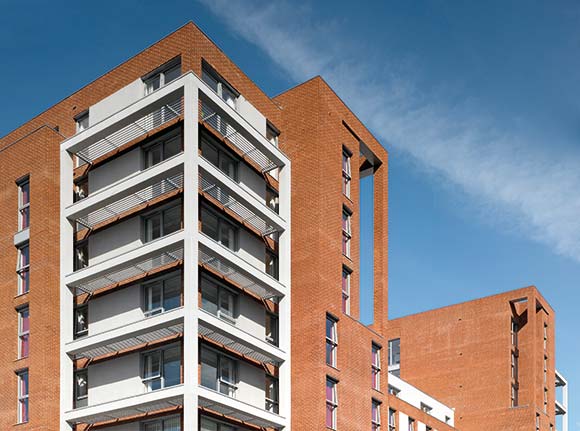 The development’s structures do not show their internal framing solutions readily, but the corners of the high rise eight-storey towers are certainly a pointer that steel has been used on this project.

The corners accommodate common rooms, with large glazed façades set back 1.5m with brise soleils to guard against solar gain.

The beams and columns forming these feature corners are the only part of the structure not clad in brick. In order to make an architectural impact they are instead clad with render, giving the impression of an exposed steel frame.

The architectural feature is structurally integral to the overall building and was consequently erected along with the main steel frame.