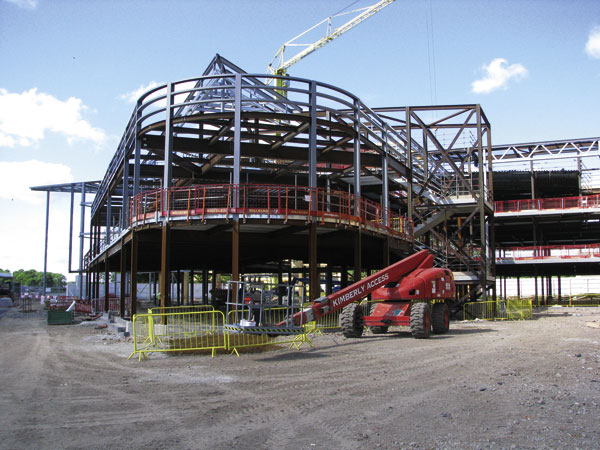 The recently opened Hope Academy in Newton-le-Willows, near Warrington, has been submitted for a BREEAM ‘Outstanding’ rating aided in part by its steel frame.

A number of criteria play an important role in the awarding of a BREEAM rating, one being the construction programme, which was kept on schedule by steel’s speed of construction.

“A steel frame was chosen for this job primarily for its speed of erection,” said Ian Whitworth, Associate at Robinson Architects. “There was also less environmental impact by using steel.” 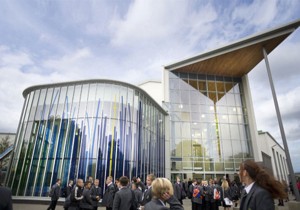 Responsible sourcing was an important criteria for BREEAM and at least 20% of the entire building envelope needed to be from recycled material to meet client requirements. Steel’s inherent recyclability and its recycled content, consequently helped in the BREEAM rating.

Hope Academy consists of a large steel framed structure, rising in parts to a maximum of three levels and offering 14,000m² of floor space. A host of sustainable features have been included in the project, including three 15m-high wind turbines, a biomass boiler, roof solar panels and photovoltaic cells along some elevations.

The job won the BSF award for Innovation in Sustainability 2009 and the project’s steelwork contractor was James Killelea, for main contractor Willmott Dixon.