Building for the future 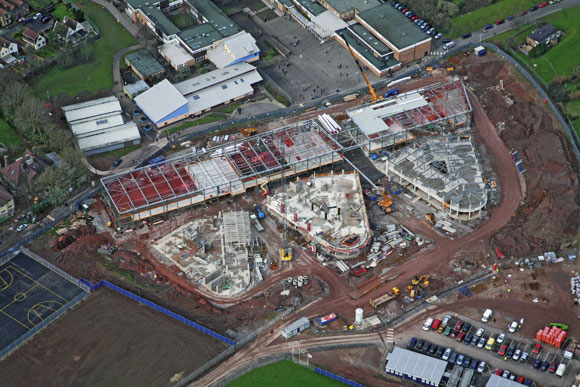 A pioneering schools project in Bristol is making extensive use of steel for many of its buildings and signature elements.

The Bristol section of the national flagship Building Schools for the Future (BSF) programme has the distinction of being the first to reach financial closure in June 2006. Bristol City Council says the initiative will see the launch of a new strategic partnership in the city to deliver radical improvements in the quality of schools and other education facilities over a ten year period.

The programme is funded through central government Private Finance Initiative (PFI) credits worth £150.7M together with some £9.5M of the council’s own funds.

Two of the projects, Speedwell and Whitefield, are both well under way and due to be completed by Summer 2007 and Spring 2008 respectively. Work on the other schools is currently at an early stage, and these projects are scheduled for completion in late 2008.

Mark Giltsoff, Project Director for main contractor Skanska, says the project is very exciting for local kids as it will give them a fantastic learning environment assisting in raising education standards across Bristol. 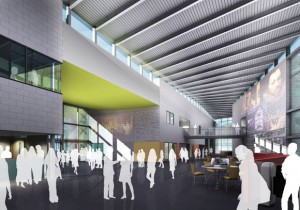 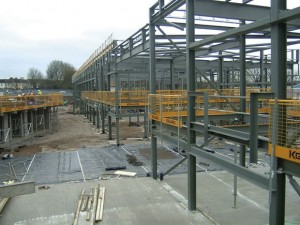 Approximately 440t of steelwork will be erected at Whitefield

All of the new buildings are replacement structures at existing schools, and are generally being built on former playing fields. Once construction has been completed, the majority of the old buildings at the sites will be demolished, making way for new playing fields.

William Haley Engineering is fabricating, supplying and erecting 1,700t steelwork for all of the projects. Jeff Naish, Haley’s Project Manager says Whitefield has the most visible steel elements.

The company is supplying approximately 440t of steelwork for this school, and this is for two complete structures, steel roofs for three other concrete framed buildings and a long signature wave-like roof to cover a central enclosed street.

The overall make-up of Whitefield School includes three concrete framed two-storey teaching blocks arranged along the back of a central covered street, with two larger steel-framed structures at the front. These two larger blocks, either side of the main entrance, are also linked into the central avenue.

“Steel was chosen for these structures because of the required long spans,” explains Duncan Overy, Project Manager for Arup. “The spans are 20m for the assembly and sports halls where column free areas are important.” Haley erected these long spans with two  beam sections, 14m long and 6m long, and splicing them together.

Mr Giltsoff says the covered street at Whitefield separates the teaching blocks and provides the main focus and hub within the school, combining the key circulation, social and dining spaces.

The steel roof structure that spans across the street twists and curves along its 100m length reflecting the dynamism and activity in the space below. The twist is formed simply by pivoting the steelwork about a horizontal axis, with the curve accentuated by the varied plan.

The wave-like roof has a varying width of between 6m to 14m and its undulating appearance is formed by a series of crossbeams at 3.6m centres, all set at different angles but on the same central axis. 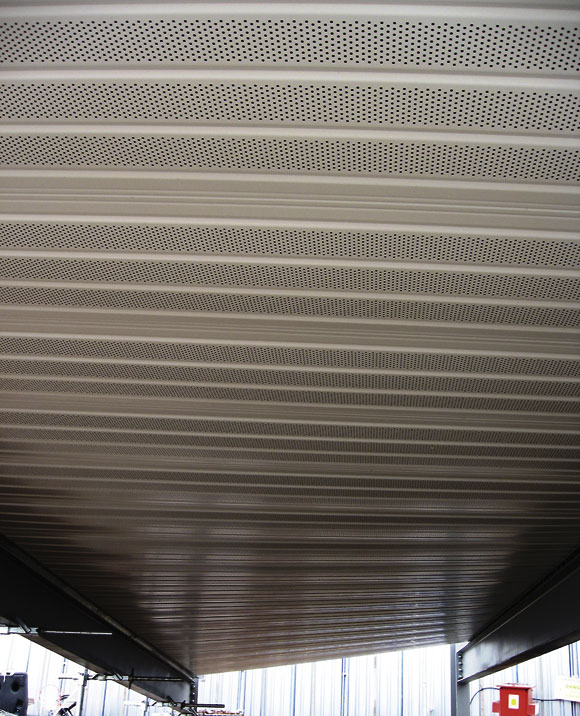 “The clerestory glazing separates the roof and the building parapets and allows it to float,” adds Mr Giltsoff. “This in turn highlights the wave form, making it legible externally from around the site perimeter, but more significantly allows dramatic internal street views of the curving soffit.”

The roof is unusual and Skanska was initially unsure how it would work out. “We decided at an early stage to erect a demonstration section of roof next to our site offices,” explains Mr Giltsoff. “We wanted to be happy with the design prior to Haley erecting its steelwork,” he adds.

“We actually set out and erected a temporary mock up at site of one of the more complex sections of roof,” comments Mr Naish. “It worked very well and there’s no doubt this roof structure couldn’t be done in anything else than steel.”

The roof will be covered with a metal decking and to facilitate a quicker installation of this cladding Haley has fabricated and erected all adjacent columns and beams with fixing studs already on.

Steelwork erection is also currently progressing rapidly at the Speedwell Technology College. Haley is erecting 235t of steel on this site for two large structures, either end of a predominantly concrete school building.

Speedwell is a four-storey development with a double-level assembly hall at one end, and two sports halls at the opposite end. Throughout the middle of the building, over the concrete frame there is also a steel roof. This area is to be glazed and will give a bright, light area to the ‘street’ below. This area gave Haley a challenge in that the erection had to be over an open area where plant equipment could not enter.

“Haley’s erectors had to climb and straddle the finished painted steel to access some areas,” explains Mr Naish. This meant that the method had to be planned, agreed and tested in advance to ensure everyone was aware of their actions during erection and what they should do if there was a problem.

“Like Whitefield, this school has buildings requiring large open column-free areas and steel was the obvious choice,” says Mr Naish.

The assembly hall at Speedwell is a two-level building measuring 25m by 20m and has 20m long spans. Meanwhile, the two sports halls have equally long spans and required Haley to deliver some long sections of steelwork to the site.

All of the schools are in mainly residential areas and access has been a slight problem, says Mr Naish. “Getting steel onto site, especially at Speedwell has been a bit problematical as the only way in is via a narrow street where we have to negotiate around parked cars. Other than this all of the steelwork has so far gone to plan,” he adds.

Steelwork has recently begun at the Brislington Enterprise College, with Hartcliffe due to start later this year.