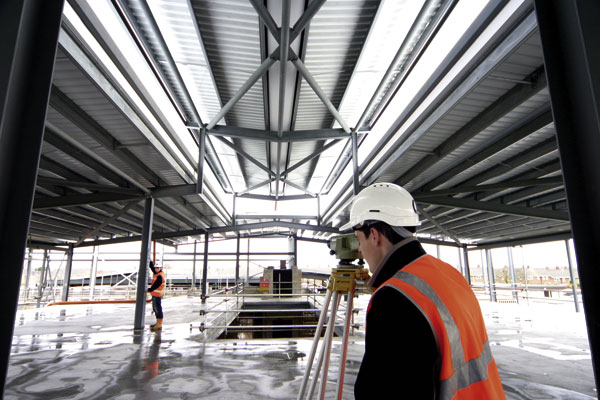 Steelwork has been completed on the new £5M Heartsease School project in Norwich, the first of six educational establishments being built by Kier Eastern as part of Norfolk County Council’s Norwich Schools PFI programme.

The new facility will house some 420 pupils from the existing Heartsease Middle and First Schools, plus another local school, Woodside First.

“The steel schedule was a required programme from our client to fit around all the other on-site trades,” explained Mr Howling.

“It made sense as we were already on-site with the necessary lifting equipment,” said Mr Howling. “Once we’d installed the planks we were then able to complete erection of the roof and purlins.”

Heartsease School is scheduled to open in the Autumn, while the entire Norwich PFI programme is due for completion by September 2008, when all the buildings will managed under a 25-year agreement by Kier Managed Services.