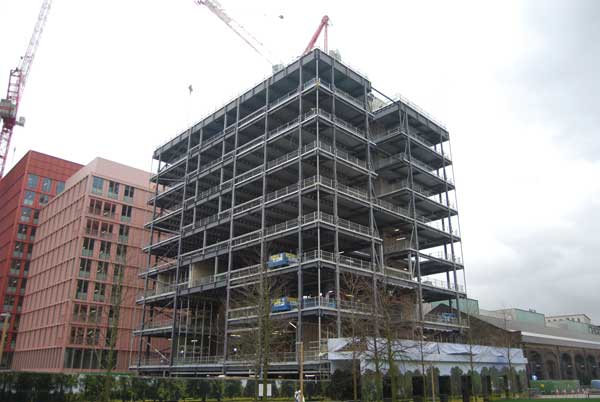 Working on behalf of BAM Construction, Severfield has completed the steel erection for the nine-storey Aga Khan Institute of Ismali Studies and Institute for the Study of Muslim Civilisations.

Providing 8,700m² of floorspace, the building is the latest scheme to top out in the King’s Cross redevelopment programme, which is radically changing a former run-down industrial site in central London into a vibrant business neighborhood.

The Aga Khan Institute’s building is opposite the Coal Drops Yard, a former Victorian railway coal depot that is being converted into a retail destination.

The Aga Khan represents the world’s 15 million Ismaili Muslims and his Institute is developing five buildings in total at London’s King’s Cross as part of a new 4.5-acre campus.

The Institute’s building is due to complete in 2018.