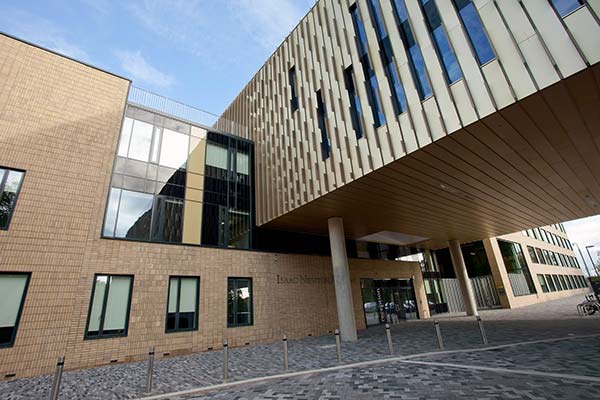 The Framed in Steel series of video case studies has been enlarged with the addition of the Isaac Newton Academy.

Located in Ilford, east London the £30M 1,250 pupil secondary school which specialises in maths and music, opened in September 2012.

A number of reasons contributed to steelwork being used as the project’s framing solution, such as speed of construction, the number of long spans within the buildings and the material’s economy of construction.

A particularly challenging part of the design was the dynamic loading in the sports hall, where the long span steel beams were designed to minimise floor vibrations.

Thermal mass is utilised within the school via exposed precast slabs on the steel frame, and the project has a super-insulated, high performance envelope to reduce energy demands.

The Framed in Steel video series covers notable recent steel building and bridge projects. Interviews with the participants interspersed with footage of the structure are used to describe the project in general terms encompassing the client’s aims, design drivers and challenges faced during construction.

Clients, architects, engineers and contractors give their views on what each project represents for them, what is important, why steel was used and how steel helped to achieve the client’s objectives.