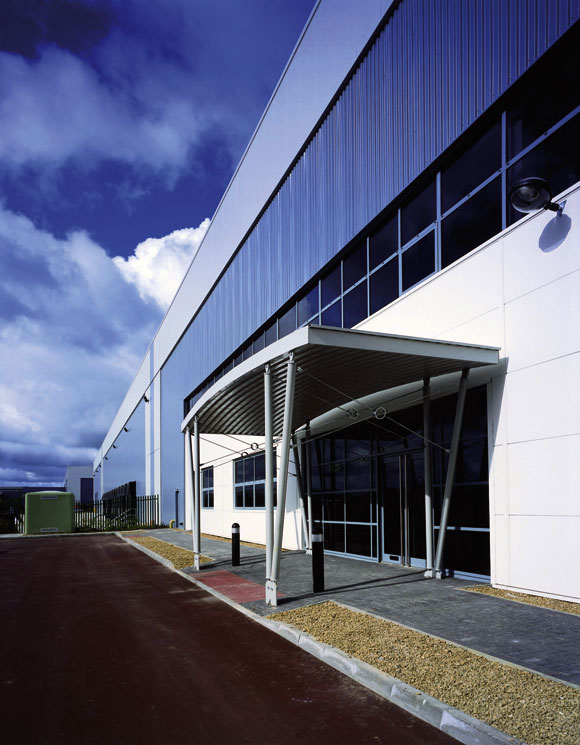 Barrett Steel Buildings designed a building which is 80% recyclable

When major developers used the recent Sheds event to lay down their sustainability markers in the strongest recognition from clients yet that construction must be at the forefront of the battle to reduce carbon emissions, the steelwork sector was uppermost in their minds. Nick Barrett reports.

The decisive sustainability role that will be played by the steelwork sector was clear from the plans announced by developers ProLogis and Gazeley at Sheds, which included what is said to be the world’s greenest property from ProLogis – a 530,000ft² distribution centre in Northamptonshire – and the launch of Gazeley’s Blue Planet programme – which will be kick started at a 250,000 –450,000ft² speculatively built shed at Magna Park, Leicestershire.

A number of steelwork contractors were present at the event, mostly having played significant roles in advancing some of the sustainability plans of their clients. Among them was Barrett Steel Buildings which has announced that it is the first steelwork contractor in the UK, and possibly the world, to measure its carbon footprint. Barrett has measured its carbon footprint in a joint effort with the Steel Construction Institute (SCI) and a carbon solutions company called dCarbon8. “We are delighted to have been able to measure our carbon footprint, but the point of course is to reduce it, and that is our aim,” said Managing Director Richard Barrett. The pathbreaking work by Barrett is hoped to provide a blueprint for others to follow as well as acting as a benchmark for Barrett’s future sustainability performance.

Barrett already had a well developed sustainability strategy that has been implemented over the past year or so, and being able to measure what impact its activities were having on the world’s carbon emissions was a logical next step. Construction and demolition waste represent 19% of total UK waste and Barrett aimed to bring this figure down by reducing the level of solid waste created in their processes. So there has been a reduction in the use of Volatile Organic Compounds (VOC’s) by 4% and shotblast grit has been reduced by 10%, a total of five tonnes in one year. Paint waste to landfill has been reduced by 18% in the same time. 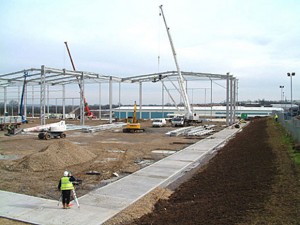 Improved procedures have reduced the amount of scrap produced by over 20% in a year. More has to be done though, recognises Richard Barrett: “Calculating our carbon footprint has been a positive learning curve for our business. We are one of the first in the sector to analyse our footprint and I hope it will help other organisations by being a benchmark across the industry. Working together with dCarbon8 has meant we have had support and advice throughout the evaluation process.

“We worked very hard over the last year to adopt a sustainable way of thinking and establishing our carbon footprint was the next logical step.  We are delighted to be a leader in doing so.”

The process of measuring the carbon footprint included calculating all of the company’s energy use including fuel for journeys to work, transportation of operatives and steelwork and other equipment to site, and quantification of all emissions wherever they took place. Carbon emissions from all areas of the supply chain are looked at.

The steel sector’s commitment to finding out more about environmental impacts and devising ways to minimize them further is of much longer standing than the current wave of interest in sustainability. In 2005 Barrett Steel Buildings set out to prove to what extent a steel framed building can be reused. Barrett designed a building for ProLogis that would allow reuse to be maximised by designing in ease of disassembling it. The building chosen for this was at ProLogis Park, Heathrow, which comprises 50,000ft² of warehouse with a 5,000ft² office and goods and entrance canopies. The warehouse is a twin 23.6m span, 10m to underside of haunch, 99m long and in predominantly 8m bays.

All of the steel members were hard stamped with the section size and grade for easy identification when the building is eventually deconstructed. Every member was value engineered at the design stage to maximise potential reuse. This meant minimizing welding and notching and maximizing bolting to allow for easy removal of fittings.

Post contract analysis indicated that in all 80% of the frame is reusable and ideas are being developed to increase that figure.

SCI says offsetting allows organisations to indirectly reduce their carbon footprint through the purchase of carbon credits associated with emissions reduction projects such as energy efficiency and renewable power that occur elsewhere, typically in developing countries.

Although opinion is divided on the merits of carbon offsetting, there is support for offsetting as part of robust carbon mitigation strategy, and there is wide agreement that where offsetting is used it should be of the highest standards and should deliver real carbon savings.

ProLogis’ and other developers recognise that their business is at the heart of the environmental debate as buildings and transportation account for almost 75% of the world’s energy consumption and resulting carbon dioxide (CO2) emissions. All seem intent on finding sustainable solutions for developments, and recognise that this has to go far beyond simply adopting what was previously Best Practice in use and disposal of materials.

Developers are looking for innovative solutions for reducing energy use at projects and a wide range of renewable and design features will be tested to provide verification of emerging technologies by third-party accreditation. ProLogis is also seeking BREEAM Excellent awards on a number of pioneering warehouse designs.

Simple measures, developers are finding, can achieve surprisingly good results. ProLogis says by reducing building air leakage to less than 2.5m³/m²/hr, CO2 emissions can be reduced by 15%. When roof lights are increased and simple light control systems installed, lighting emissions can be reduced by 23%. Some of these techniques have either no cost or have payback periods of as low as three years.