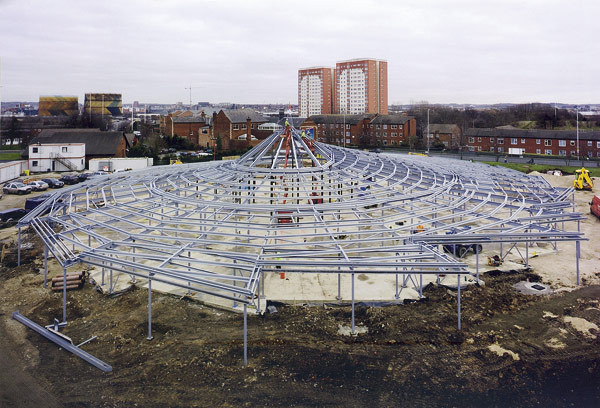 Caunton Engineering has supplied 95t of steelwork for the construction of an innovative primary school building whose design is inspired by the shape of a pre-historic sea creature.

The school in West Hunslet, Yorkshire was designed by Architectural Design Services, part of Leeds City Council, and it’s intricate spiral design has been dubbed the ammonite.

Andy Bailey, Project Engineer for Caunton said every steel member supplied to the project was different.

According to Mr Bailey the entire steel frame was basically a giant roof structure as the school is single storey. However, the large number of steel members required for the job meant some in-depth planning.

Caunton supplied and erected more than 2,000 steel members including SHS 140mm columns, and beams of various sizes up to 356mm.

Mr Bailey said the erection process was completed successfully without any hitches as all steel members were numbered and delivered in assembly batches.

Main contractor Kier Northern is scheduled to finish the project by the end of the year.