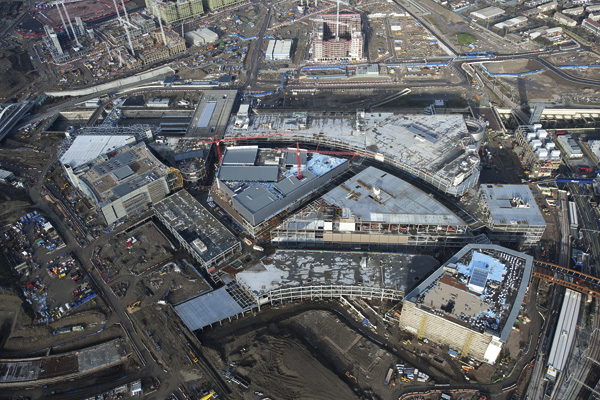 Westfield has announced an expansion to its Stratford City shopping centre project which will see a further seven floors of office accommodation added to one of the blocks, increasing the job’s overall structural steelwork tonnage to approximately 45,000t.

“A number of elements have been future proofed so that extra floors can be added,” said Westfield Construction Director Keith Whitmore. “That’s one of the advantages of designing with steel, it’s flexible.”

Situated adjacent to the London 2012 Olympic Park, Westfield Stratford City will offer 176,000m² of retail and leisure space, as well as office accommodation, and will be the largest urban shopping centre in Europe.

Anchored by a 22,296m²  John Lewis department store, a 2,972m² Waitrose supermarket and a 18,580m² Marks & Spencer, the shopping centre will also be the gateway to the Olympic Park for visitors exiting Stratford Station.

Westfield Stratford City is scheduled to open in 2011, more than a year before the Olympic Games begin.