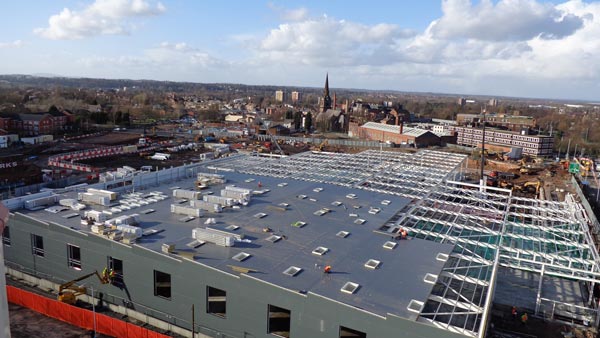 More than 1,100t of structural steelwork has been erected to form a Sainsbury’s superstore in Wolverhampton; a 6,689m² building that boasts a café, recycling centre, gym and is said to be the second largest store in the Midlands.

The new £60M store was officially opened in July and it is expected to create 340 new jobs, with a further 192 workers moving from a nearby Sainsbury’s store which has closed down.

Hambleton Steel was the steel contractor for the project and it utilised 325t of Westok cellular beams to aid the frame’s structural efficiency.