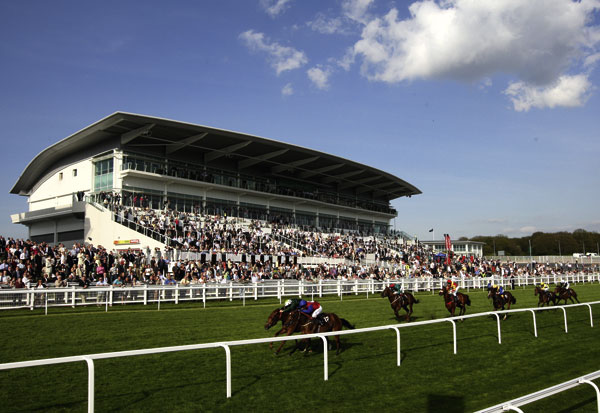 Ahead of this year’s Derby on 6 June, Her Royal Highness, The Duchess of Cornwall has officially opened the new grandstand at Epsom Downs Racecourse.

Named ‘The Duchess Stand’ in her honour, the structurally imposing grandstand forms the key element of a three-year £38M development scheme at Epsom, which also includes an on-site hotel and a new Entrance Pavilion.

The 11,000 capacity stand was constructed in two phases, with the lower terracing completed in time for last year’s Derby Festival and the upper levels finished during the last 10 months.

The stand can accommodate both racing and non-racing events and boasts a large 1,123m² Oaks Hall on the ground floor which doubles as an 800 seat conference venue. On the first floor there are three restaurants, while the second level contains 14 private boxes and the Downs View Suite, which can host over 100 people.

Nick Blofeld, Managing Director of Epsom Downs Racecourse, said: “We think it is very much in keeping with Epsom’s style to have a Duchess Stand sit alongside the existing Queen’s Stand and Prince’s Stand.”

Working on behalf of main contractor Willmott Dixon, Graham Wood Structural fabricated and erected more than 800t of steelwork for the project.