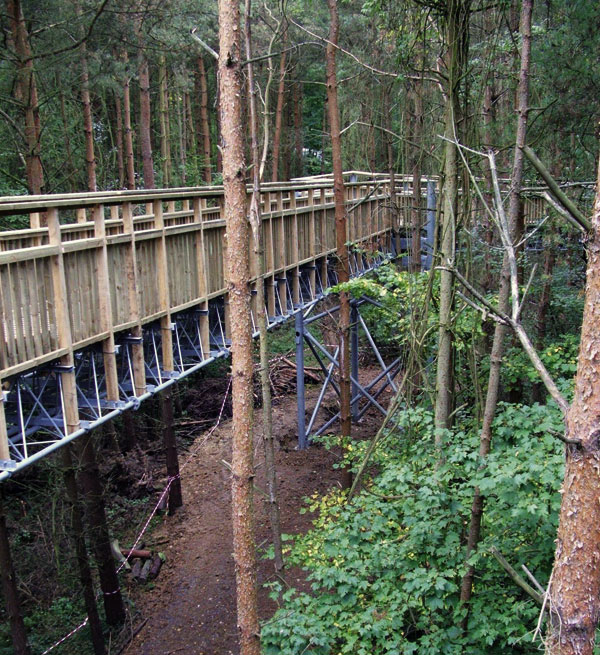 An unusual project to create a treetop walk using recycled steel and timber has scooped the Environmental category at the British Construction Industry Awards 2006. The 200m long walkway, constructed for the Forestry Commission, reaches 20m high and takes members of the public through the canopy of Salcey Forest in Northamptonshire.

The walkway was constructed during 2005 and rises from ground level at the centre of the forest through the branches to above the tree top canopy. It has also been built with future expansion in mind so that new routes can be added to the walk way at the towers

Judges praised the “great eco-project, which has drawn crowds of enthusiastic visitors” and commented on the minimal amount of maintenance that will be required and the low impact it has had on the forest. It was also said that the project is “an idea with huge potential for the future at other locations.”

Managing Director Bill Haley said: “This year is Haley Group’s 20th anniversary. In this time we have built schools, hospitals, factories and supermarkets but never have we built something that has given people so much pleasure as the Salcey Forest Treetop Walkway. To receive this award too was a bonus.”