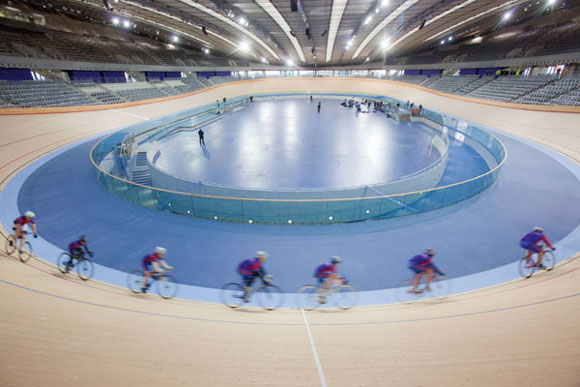 Some 48,000m³ of material was excavated to create the bowl for the velodrome, enough to fill 19 Olympic sized swimming pools

Featuring a double curved steel roof, the London 2012 Velodrome has the honour of being the first venue to be completed in the Olympic Park

The upper tier of the Velodrome is formed by 48 inclined steel trusses (varying in size from 2m high to 16m high) connected to concrete piers. The lower parts of the truss form the steel rakers supporting the upper tier’s precast terrace units. Because of the shape of the roof structure, the Velodrome has two upper seating areas positioned on either side of the track and suspended within the two curves of the roof. 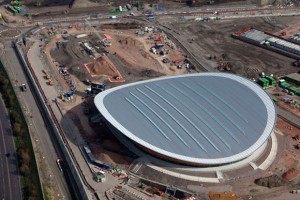 A tubular steel ring beam sits on top of the steel trusses and goes around the entire perimeter of the structure, in a rollercoaster fashion, supporting and helping to form the distinctive double-curved roof. The ring beam rises in height by 12m from the shallowest point to the highest part. Off-site construction played a crucial role as much of the steelwork for the ring was pre-assembled into bays, and once erected only the steel bracing needed to be added.

The project’s overall steel tonnage was made up of 2,500 sections, and its use contributed to the venue’s lightweight and efficient design which is said to reflect the efficient use of a bicycle. 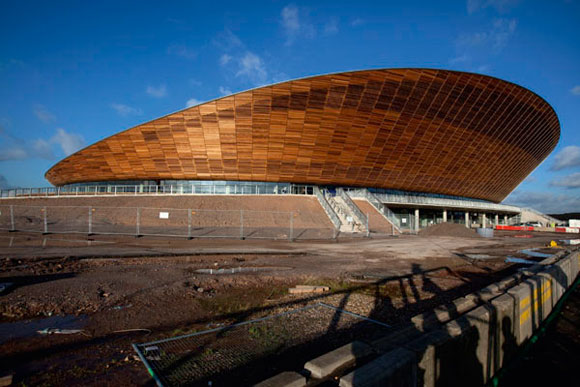 The striking outer cladding of the venue uses 5,000m² of Western Red Cedar