Construction work powers ahead at Battersea 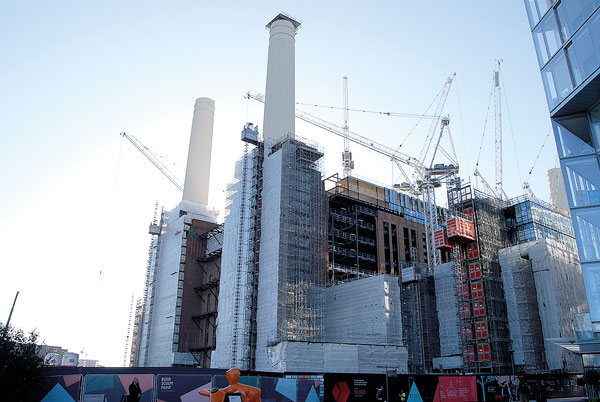 Steelwork erection is nearing completion on the iconic Battersea Power Station, which will house over 100 shops, restaurants and cafes, a 2,000-person capacity events venue, a unique chimney lift experience offering 360 degree panoramic views of London’s skyline from a height of over 100m, new office space, 46,500m² of which will be home to Apple’s new London Campus, and 253 new residential apartments.

Much of the building’s fabric has been retained, including the majority of its original steel frame and brickwork facades.

The building is divided up into different sections, consisting of a central boiler house, with a turbine hall and switch house on both sides – east and west. Each section is being infilled with new steelwork.