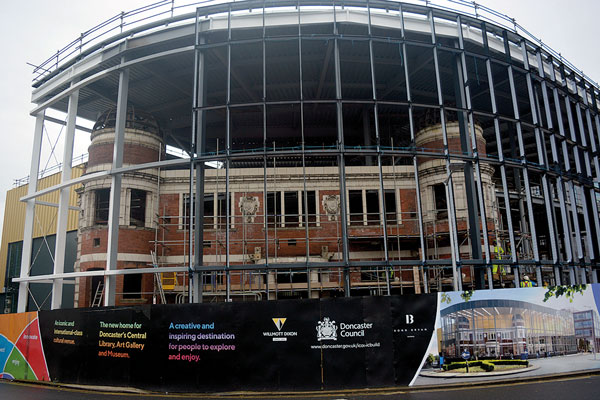 Containing 380t of structural steelwork, the frame for the Doncaster Cultural and Learning Centre has been completed by Hambleton Steel.

The new steel-framed building surrounds the frontage of the former Doncaster Grammar School for Girls. A glazed elevation will allow the retained structure to be visible from the street and thereby make it one of the borough’s most eye-catching buildings.